Earlier this week, Kotaku published an interesting story about a certain song added to Super Smash Bros Ultimate in the last DLC pack. Said song was Wake Up, Get Up, Get Out There from Persona 5, which Kotaku claimed featured an ?ableist slur? in the form of ?retarded? at about 1:57 into the track. It was a bold claim, and unfortunately for both the site and its author Lara Kate Dale, one which turned out to be completely wrong. This led to a ton of controversy, as everyone from media outlets to video game voice actors called them out for their mistakes, leading to Kotaku being forced to apologise and Dale deciding to quit Twitter for a while in response.

So in today?s article, we?ll look at how it happened, why Kotaku?s response was the wrong one, and what news sites can learn from the fiasco. Time to figure out what all went wrong!

Starting with the obvious, the lack of research behind the story and how it came to be. Basically, as mentioned in a (now deleted) Twitter post, Dale received a tip off from a reader that the song contained what appeared to be an offensive word, and looked into it herself. From there, she heard something similar, then used it as proof that said song indeed existed in the track.

And I think you can see the problem right there. Put simply, this isn?t how you?re meant to research an article. You?re not meant to just take sources at face value, then do a bit of cursory checking to see if you can ?sort of see? where they?re coming from.

No, you?re really meant to use that as a mere starting off point for some actual research. You?re meant to go out, verify what the lyrics are, check with the devs, ask a few others involved in the game what was being said. Hell, even try and debunk your own story if possible, to see if you yourself can falsify your own take before its been written done.

But this wasn?t done here. If it was, they?d have realised the word in question is simply being said with a heavy accident, and can be taken as either ?retarded? or ?retort it? depending on who you are:

Which isn?t exactly a new issue with sounds and music in media to be honest. After all, there?s a whole term for this, it?s called a ?mondegreen?.

And it?s something that comes up quite a bit in video games. For instance, loads of people heard Ghetsis? theme in Pokemon Black and White as saying ?Dennis? over and over:

People hear all kinds of things in Yuga?s battle from The Legend of Zelda A Link Between Worlds:

Is he saying flawless, phallus or walrus? Everyone has a different answer?

And well, Mario?s line as he throws Bowser into a mine in Super Mario 64 is basically legendary by this point:

So long eh Bowser, so long gay Bowser and so long King Bowser have all been heard here

Point is, misheard lyrics are a dime a dozen, and as a rule, they?re generally not all that newsworthy. So in this case, Dale and Kotaku should have done more research, asked more people what they hear in the tune, and maybe gotten a few comments from Atlus/Sega/Nintendo on the matter too.

They also should have looked at the context too, since Super Smash Bros is generally an all ages series put out by a company who is pretty much terrified of anything controversial. Hell, this is the same company who had Mario Party 8 recalled because a word used there was seen as a slur in the UK: Point is, even common sense tells you it?s very unlikely something like this would have been put into Super Smash Bros Ultimate. It?s the same reason they didn?t reference GamerGate in Paper Mario Color Splash, even if the same outlets went on a moral crusade over a random line and scene there too.

So we?ve got a controversy based on a misunderstanding, hammered home by bad research.

But why did this happen?

Well, it?s hard to be sure, but there are two logical reasons Kotaku may have run with this story before doing any real fact checking:

Still, the research and story writing wasn?t the only issue here.

Oh no. Instead, a lot of these issues also fall squarely on Kotaku as an outlet, and how it handled the story too.

For starters, as mentioned on Twitter, the original article was nowhere near as ?certain? about this being a slur as the one posted on the Kotaku website. Instead, it was actually rather open ended on the matter, saying that this may be a slur, or it may just be a coincidence.

But the editors clearly weren?t having none of that, and ended up taking a hachet to anything resembling ambiguity in the article. So what we got was a ?this is 100% a problem? take, which misrepresented its writer?s words to make ?em sound certain about the matter.

This is obviously something you shouldn?t do as a news outlet. It?s also why as a news outlet, you should be skeptical of anyone who says to avoid passive language at all costs, since the difference between ?might be? and ?is? can completely change the meaning of a story. 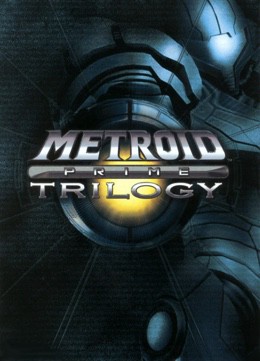 Finally, the way Kotaku responded hasn?t helped either. Sure, they added an apology article, as found here.

But they also ignored the author?s request to take down the original flawed article, and (apparently thanks to a terrible CMS caching system) didn?t end up adding a visible update to the original story either. This in turn means people can end up reading a now disproven article without any idea it?s been disproved/disowned by the site, and the misinformation can keep spreading as a result.

It?s horrible journalism all round, and even if the CMS is affecting things, still poorly done none the less. Yes, I get your system may take a while to push edits. That happens.

But it doesn?t make it acceptable, and for something like this, doesn?t help at all. Updates to fix factual inaccuracies are not a ?oh well, it can be fixed in a few hours? kind of deal. They need to be fixed now. Can?t do that? Then just nuke the story altogether, because giving no information is better than giving false information here.

So how you can avoid similar issues in future?

Well for starters, you can do some research before posting an article, and not in the ?we?ll wait and see what the company says after the article goes live? kind of way. Fact check, find more sources, verify the story with people involved and yes, even ask a few others whether they hear the same thing.

From there, you should also think carefully about the motive behind such a story, and whether it makes sense too. That?s not saying crazy things don?t happen or employees don?t go rogue, but come on; it?s a Nintendo game. There is very little chance something like this would just sneak under the radar or be added deliberately.

You should also make sure your staff team are on board with the article, and that editors don?t lose the meaning of your words in the process. Remember that when it comes to news, being factually correct is far more important than any ?good writing? tips, and that even the smallest change in wording can tell a completely different story. Don?t double guess your writers, don?t edit out ambiguity and don?t do anything that makes it appear you?re certain when you really aren?t.

Finally, make sure any incorrect stories are taken down or edited as soon as possible. If your CMS doesn?t make that possible, then that?s a problem you need to fix, and not something you can write off as ?inconvenient?. Leaving an incorrect story up for hours or days because of a broken cache is not acceptable.

Do that, and you should hopefully avoid running into similar mistakes elsewhere. Let?s hope Kotaku do likewise.