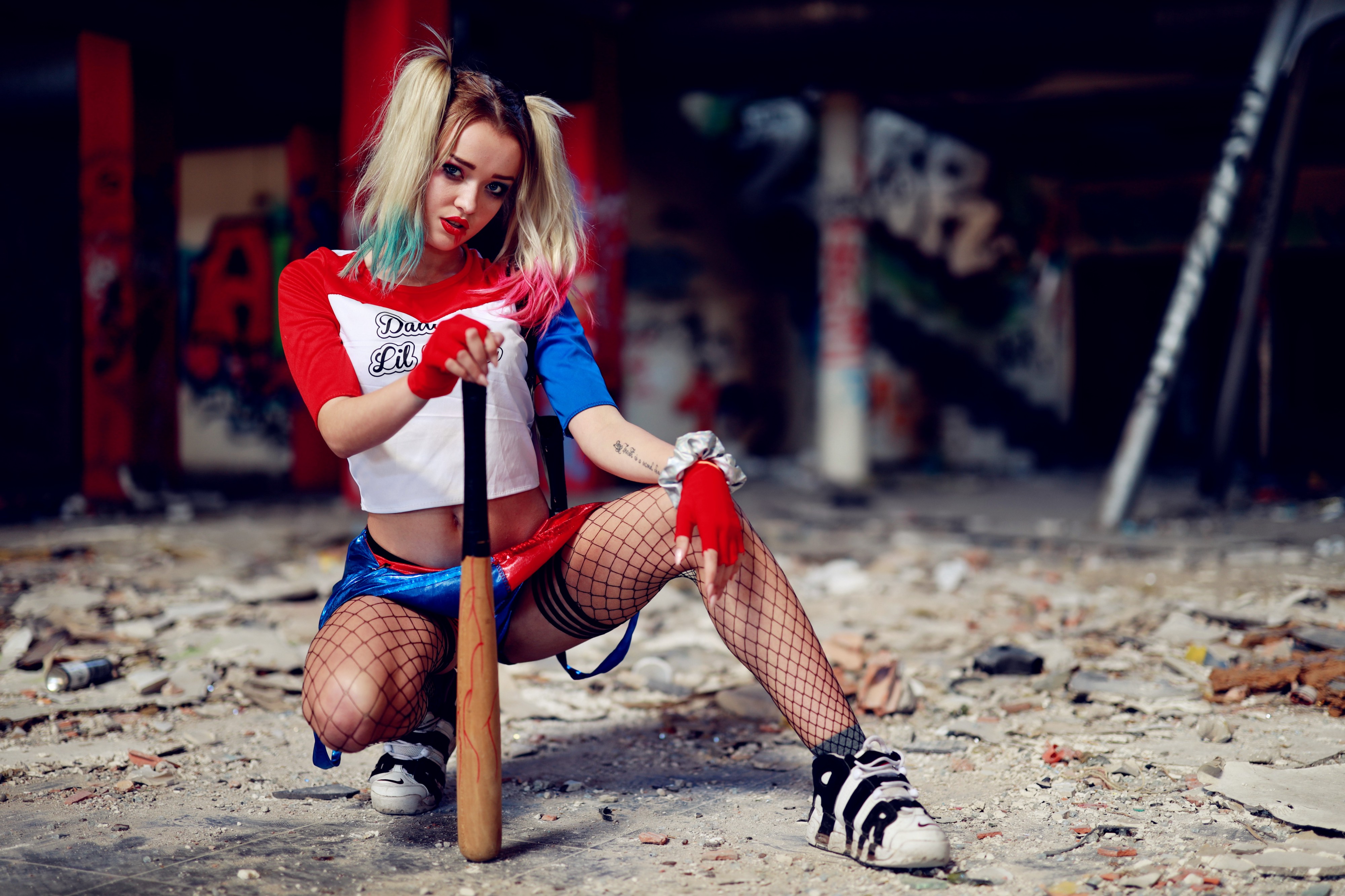 Photo by Chema Photo on Unsplash

First of all, let me just start by saying what-the-actual-holy-hell is this? A friend of mine brought the Hot Crazy Matrix to my attention, and it was so jaw-dropping that I had to interrupt what she was saying and ask her to repeat it all again in case I misunderstood. Then I had to Google it. And take a quiz. And watch a video. This is an idea developed by a man for men, to try to understand women. Let?s break down how this graph works. Apparently, the Crazy Axis starts at 4 because all women are at least a 4 in crazy, says Dana McLendon. The Hot Crazy Line intersects this graph diagonally. As you?ll see, he assumes that women who aren?t a hot level 5 shouldn?t be dated or married and their level of craziness doesn?t even matter.

To clarify, he?s starting right out the gate saying that (a) all women are crazy and (b) women who aren?t ?hot? by his definition don?t deserve relationships.

This scale completely ignores the fact that attraction is entirely subjection, but let?s continue. From 5 to 8 and below the crazy line, you get the Fun Zone women, and then, of course, there?s the Danger Zone. He lists some specific dangers: redheads, women named Tiffany, strippers, and hairdressers.

But women don?t, apparently, stay conveniently in the box that he?s created for them. Apparently, we can be anywhere on this chart at any time, and the men should collect data over time to determine where we belong.

Because, again, men get to determine where we belong and who we are.

Then, there?s a whole zone for dating and a whole zone for marriage and long-term relationships. This is the end game. From 5?7 level of craziness and from 8?10 hot is what all men should be looking for according to McLendon.

To wrap it up, he says that this can be applied to women dating men, too, but that there?s a cute axis and a money axis there. This assumes that women care only care about perceived attractiveness and financial stability.

I?m sure there are men who think this is hilarious, but I?m going to tell you what it really is: deeply misogynistic.

This may seem both funny and true to men who still go around rating women on a scale of attractiveness, the kind who are always out looking for something better.

I?ve known a lot of men like this. They don?t grow up because they don?t even recognize that they have a problem. If they have relationship drama, it?s because bitches are crazy, not because they are shallow, immature, and often narcissistic.

Red flags are real, and while this video is meant to highlight the red flags of women, it actually does the opposite. To write an entire profession or name (sorry, Tiffanys, of the world) off as not being dating or wifey material is deeply offensive to all women (and thinking men) everywhere.

While it may have been meant as comedy, I?m over here not laughing because it?s actually deeply problematic. Because it?s presented as research, some men may actually buy into it.

Girl Behavior actually fired back with a response loaded with sarcasm.

They call it the Hot Emotional Unavailability Matrix. She measures hot from 0 to 10, giving all men a chance to be included, and emotional unavailability is measured from 4 to 10 because men are at least a 4 in being emotionally unavailable. Of course, 4 and below is ?reserved for our gay BFFs? because we couldn?t have a response without some more stereotyping of the LGBTQ+ community- although I?m sure this was done on purpose to highlight the transphobic nature of the Hot Crazy Matrix. ?Kelsey, at least a 7 crazy? in her own words

The rest of the video entirely mocks the previous video, to great success. It?s clearly comedy whereas the other video tries to pass itself off as legitimate research because he?s had 46 years of rejection (did he start dating at birth?).

It?s a successful comeback because the maker of the Hot Crazy Matrix assumed women who do this same scale based on money and attractiveness, but as the rebuttal video shows, women encounter more emotional unavailability that financial issues in the dating world.

In other words: we?re not looking to land a man with money, but we?d really appreciate dating one with a little emotional maturity. A man who wouldn?t think that the Hot Crazy Matrix is accurate, for instance.

After all, doctors used to diagnose women as ?hysterical? because it was easier to blame our periods or our alleged mood swings than to actually be medical professionals and do their jobs. In fact, one of the primary treatments for hysteria was orgasms, and I?d just like to state that if more men knew how to make women orgasm, maybe we all wouldn?t seem as crazy. But, as with most other things, if we want something done right, we have to do it ourselves.

It?s always been easier for men to write off half the population that they already didn?t take seriously. Calling women crazy is far from an original idea. The idea of continuing to trade women for younger and hotter models isn?t new either. It?s a huge, disgusting cliche, and the thing is, you might laugh at this video for a minute, but the larger message it sends isn?t funny.

Because dating is actually sort of horrible, and videos like this first one with its hot mess of a Hot Crazy Matrix are insulting and certainly don?t improve the experience.

There are men in the comments section who genuinely believe that this is based in truth and is reliant on actual scientific validity versus anecdotal evidence.

While I can see how this routine would have been funny among friends after a particularly grueling dating encounter, it?s less funny when it broadly generalizes relationship dynamics and reduces it down to attraction, game playing, and immaturity. It becomes more complicated when many viewers assume it has actual real-life validity versus being the comedic experience of a single man communicating his frustration about dating. While I?m told often that I need to ?get a sense of humor? about it, the same readers will assure me that it has statistical validity.

There?s no harm in laughing at the outrageousness of dating, but there?s great harm in saying that anyone- man or woman- should get a free pass to bad dating behaviors because of attractiveness level. It?s further insulting to sort women into the kind you marry versus the kind you?re just willing to play around with- as if playing with human emotion is at all kind or appropriate. And it adds insult to injury to say that women would happily make this same scale about men as regards to wealth and attractiveness.

All women are not, in fact, crazy, but it?s certainly easier to say that we are than to address poor boundaries, subpar communication skills, or a lack of understanding of healthy relationships.

A more useful scale here would be to address the behaviors that go into choosing, time and again, unhealthy partners.

Maybe all women aren?t crazy; maybe McLendon and his friends simply found themselves locked into a pattern of choosing partners who weren?t ready for relationships or were incapable of being healthy within them. Or perhaps these men were the ones who weren?t able to be healthy in these relationships. It?s much easier to just say that women are difficult than to address that perhaps they were continuing to make poor choices that led to unhealthy outcomes each time.

Men can keep looking for that unicorn, tossing aside true connection in favor of the ultimate best-you-can-get. Which completely ignores the concept of working on their own issues with a little self-awareness, developing themselves, and generally being a good partner. Can we get a matrix for that? One where half the population isn?t called ugly and another marginalized section of the population is further marginalized with some homophobic and transphobic humor?

I laughed when I first heard about it, too, because it was so outrageous. And because my hair is red- at the moment at any rate. I?ve been accused of being crazy, but so has every woman since the dawn of time. It doesn?t make it so. And while I think many men do come across as emotionally unavailable, I don?t think we can put relationships on a graph and make anything universal outside of some basic human decency.

Our language and even our jokes can have a deeper impact on society than we realize. Since the publication of this article nearly two years ago, I have received numerous messages of hate from Hot Crazy Matrix followers who don?t want to discuss how our communication can have unintentional harm to women. Instead, they cross the line from unintentional harm to open harassment. These are the kind of people who would misunderstand McLendon?s comedy for truth and use it to perpetuate harmful behaviors.

If I?m looking to empower humans and dismantle a patriarchy that does harm across the board, I have to point out the crass and incredible misogyny where I see it. This is it. The only thing accurate about the Hot Crazy Matrix is that it?s certainly a hot mess of crazy, and any man who buys into it probably needs to work on his emotional availability and those deeper issues of misogyny if they want to connect with a partner at anything more than a surface level.

*The original article referenced the perceived attractiveness of the presenter of this video. It was written that way as a reminder that rating people on attractiveness level opens ourselves up to similar criticisms, but in writing it that way, it was also unkind. All such references have been removed. I hope to encourage dialogue about relationship dynamics and underlying misogyny with the hopes of helping men and women connect to one another rather than strengthening the divide between us.