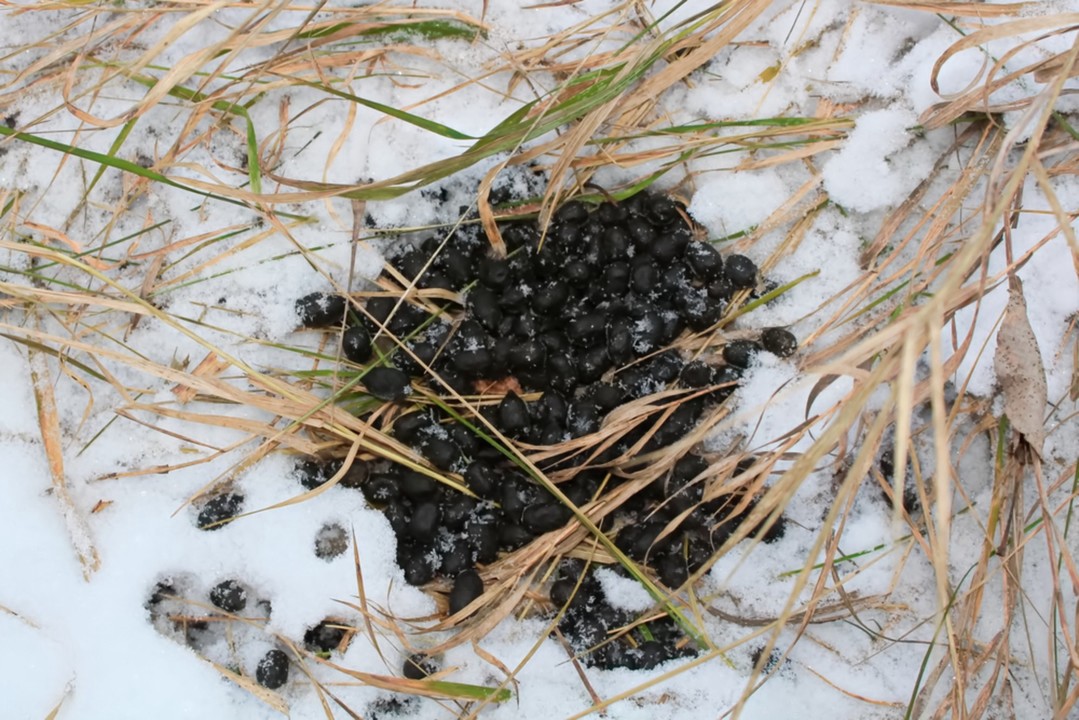 Poop, also known as feces, stool or scat, is the universal metabolic byproduct of the digestive tract. Most people get disgusted and appalled by it, but it?s a fact of nature. Defecating is vital in cleansing our body and getting rid of toxins. Excretion of feces aids in maintaining our overall health and helps discharge harmful bacteria in the body.

Our poops differ in color, size, odor, shape, etc. These factors could be an indication of our health and lifestyle. Not only humans defecate, but also other animals. Some of us could have probably wondered what other animals? poops look like, right? Do their poops look the same with humans?? Well in this article, we will tackle a topic mainly about deer poop.

Deer poops or scats usually look like bullet-shaped pellets that have an indentation on one end and point on the other. The droppings are usually small and clustered. The color ranges from green to brown to black, depending on their diet. Deer droppings can aid in identifying deer feeding habits, their favorite bedding and eating spots, and their proximity to the area. Fresh, warm and moist poop could indicate that deer are nearby.

There are similarities among the scats of deer and other animals like goats and rabbits, but people can differentiate deer poop due to its small size. Because of this, the structure can be easily identified by hunters. Below, you will learn more about the texture, color, size, count, and location of deer poop.

You can watch this video to see quickly how to identify deer from their scat.

Deer droppings are usually piled small pellets. Normally, the pellets will clump and cluster together to form a solid scat. The deer?s feeding habits greatly affect the structure of the poop and its other features. When the deer feed mostly on leaves, acorns, and twigs, their poops are round, separate and firm. On the other hand, grasses, apples, alfalfa, clover, and other types of forbs result in lump droppings. Steaming and warm poop means that it is fresh and the deer just left. As time passes by, it will lose its color, get drier, shrink, and crumble.

The color of deer scats ranges from different colors depending on their diet. Usually, the color is green, brown, or black. Green scats may indicate that the deer has been consuming large amounts of green vegetables. It may also indicate that their bile pigments weren?t sufficiently broken down, causing diarrhea. Brown and black poops are usually of those color because of the dead red blood cells and bile.

Due to its size, deer poop has become a term that refers to women with small buttocks because deer poops are small in size. This term is included in Urban Dictionary, an online dictionary of crowd-sourced slang words. Some hunters claim that they can identify the sex of the deer by just looking at the size of their droppings. The reason that the deer?s droppings are small is that of their colon. A deer?s colon works in a rhythm of opening and closing the sphincter. This type of movement results in small and round-shaped pellets.

The count or number of deer droppings in the area may determine the number of deer in the proximity. But this is not always true as some deer tend to defecate too much that people could mistake them for being more than how many they are. On average, a deer defecates thirteen times a day, ninety-three pellets per time. Some biologists and researchers have found out that during spring and fall, deer average more piles of scat. This, again, is due to the factor of their diet. Defecation rate differs with diet.

The location where deer scat was found is usually where they are feeding, but this is not always the case. The type of deer droppings could be an indication if the deer is at proximity. Take a closer look at the poop and examine it. If it?s a little wet and warm, then the deer is probably around the proximity because its features indicate that the deer has taken a recent dumping around the area. But you still have to check for a few more days to determine if they are frequently staying in the same area or if they just passed by and just took a dump at that place.

How to differentiate deer poop from other animals? poop

Admit it; you probably think that most poops or fecal matter look the same and that it is ridiculous to try to identify which animal is the owner of the poop. But, you are mistaken because this information could be useful for hunters, people who live in the wild, or just simply curious people. Here are the differences of the other animals? scats from the deer?s.

Goat scats are of similarity with deer scats because they have similar feeding habits. The appearance of the scats looks like large raisins. At times when their poops look similar to dogs? instead, it could mean that the goats have diarrhea. People can tell apart deer scats from goat scats due to its smaller size.

Rabbit droppings are usually round and dry fecal pellets. They eat their own poop if it?s wet. Yes, you read that right. Rabbits? droppings are normally brown due to the excessive amount of bark that they consume. Compared to rabbit poops, deer poops are smoother and more oval-shaped. Rabbit poops are rounder and rougher. 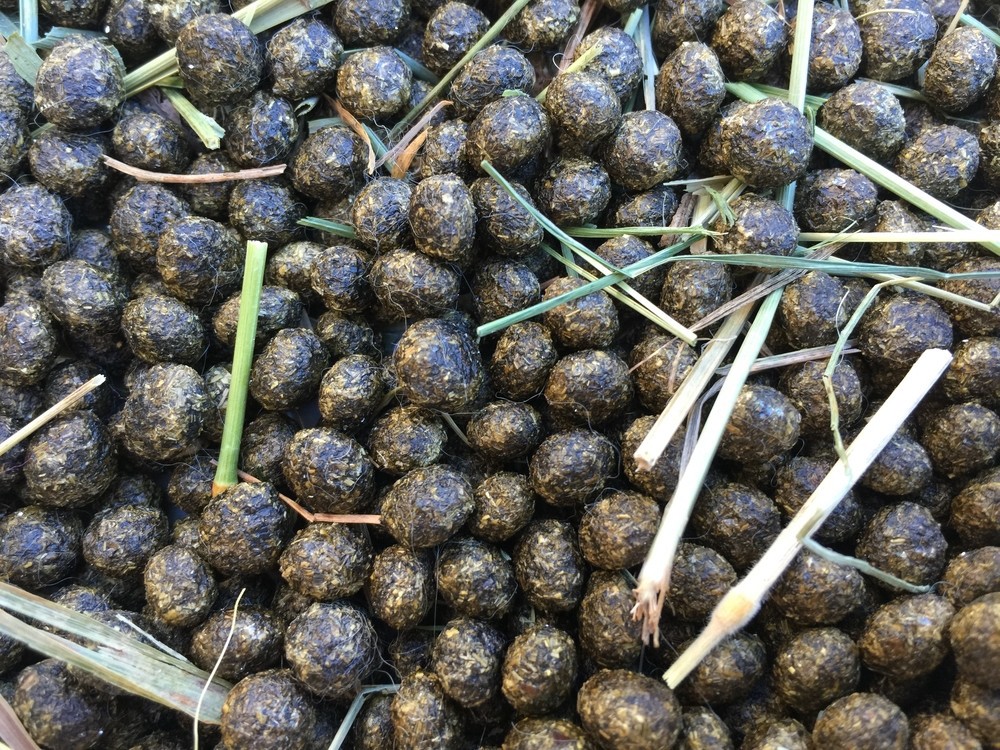 Just like deer scat, the droppings of a raccoon are found in piles. They are tubular and have blunted ends. The droppings are usually of dark color and a little longer than deer scats. For hunters, these characteristics easily tell them apart from each other.

Elks droppings often, but not always, occur in piles. Elks usually walk while taking a dump causing the poops to be spread out. Thus, this their significant difference from deer poops. Also, compared to deer droppings, they are larger and longer.

Squirrel poops are also in pellets and with round edges. They are of similarity with deer due to the pellets but are squirrel poops are fractionally shorter and narrower. Also, the droppings of squirrels appear shinier due to its moisture content.

Deer, just like humans, have excretory systems responsible for poop. The features of the poop greatly reflect our diet, lifestyle, and etc. The aforementioned information could be of use to hunters for increased chances of a successful hunt because it can give them a hint on whether or not a deer can be sighted around. It also gives additional knowledge to the curious minds which could probably come in handy in the future.

If you want to examine a deer poop, it is advised to take extra precautionary measures because at the end of the day, it is a toxic matter that is not safe to touch. Just like any other fecal matter, it is not advisable for people to have direct contact with deer droppings as there is a high risk of contacting harmful bacteria and diseases.

Was the article helpful to you? If you think I?ve missed on something crucial in our discussion, please feel free to sound these tips in the comment section below.