It?s called the Wonderlic test, a product of Charles Wonderlic, and it?s become a staple of the evaluation of NFL prospects.

The results are supposed to be confidential, but the numbers somehow seem to leak out each year. Maybe by teams looking to justify either taking a player or passing up on another?

The test is 50 questions in which players have 12 minutes to answer. The pace is brisk and there?s not a lot of time to dwell on any particular question.

The average Wonderlic score for a NFL quarterback is 24. The scores are used as part of the evaluation process, but it doesn?t seem to correlate ? by itself ? with success. Some of the lowest scores reported are attributed to some of the best quarterbacks of all time? and some of the highest belong to average players. But it is an indication of intelligence and problem solving.

Here are some of the reported scores:

Just to give you an idea of how the test scores don?t assure success, CBS Sports reports three of the game?s top quarterbacks of all time ? Terry Bradshaw, Jim Kelly, and Dan Marino all scored less than 20.

Some other notable QBs: 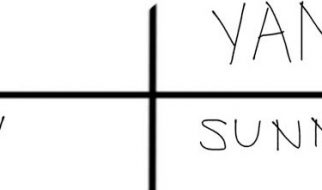