?He saw his teacher the other day. No, not his own teacher, John?s teacher.? In English, possessive pronouns can be confusing. ?His? can refer to ?his own? or someone else?s. In Latin, it is easier to tell. Here?s how it works.

[Note: If you know the basics and want to see examples (including suus, a, um in the nominative or reflexive adjective/pronouns referring to antecedents that are not the subject), scroll down!]

Suus, a, um is a reflexive possessive adjective. In simple terms, use suus, a, um when the ?his,? ?her,? ?its,? or ?their? is the same as the subject. (This applies to third person subjects.) Most of the time, you can only use suus, a, um if the person it is referring to (the antecedent) is in the same sentence.

Scenario 1:I saw his teacher.

Let?s say we?re talking about Marcus? teacher. Marcus is not in this sentence. In this scenario, we were talking about him a bit earlier. Therefore, we cannot use suus, a, um here.

Scenario 2:a) Marcus saw his teacher.

In this scenario, Marcus could have seen someone else?s teacher. In English, it is unclear. If Marcus saw his own teacher, you would use suus, a, um.

suus, a, um is an adjective. Adjectives have the same gender (and also case and number) as the words they describe. In this case, the teacher is a woman. Therefore, even though ?his? is referring to Marcus, the adjective will be feminine.

b) Marcus saw his teachers.

Let?s say Marcus saw a few of his teachers. Since ?teachers? is plural, the adjective has to be plural as well. Even though ?his? is singular in English, in Latin suus, a, um is an adjective and takes the number of the noun it is describing. If it is describing a singular noun, it will be singular. If it describes a plural noun, it will be plural.

Scenario 3:The girls saw their teacher.

In this case, girls is plural, but teacher is singular.

If the antecedent (the noun the pronoun is referring to) is NOT the same as the subject, use the genitive of a demonstrative pronoun.

Use eius for his, hers, its. Use eorum or earum for their.

The examples I use here are from is, ea, id, but you can also use the genitive of hic, haec, hoc; ille, illa, illud; or another demonstrative pronoun.

Since these are pronouns and not adjectives, the number (singular or plural) and gender are the same as the antecedent, NOT the noun that is being described.

Scenario 1:She saw her mother

Scenario 2:She saw his mother.

In this sentence, it is clear that ?his? does not refer to the subject of the sentence. So, we need to use eius.

Since eius is masculine, feminine and neuter, it can mean his, hers, or its depending on the noun it refers to.

Scenario 3:She saw their teacher.

Their does not refer to the subject of the sentence (?she?). Therefore, we need to use a genitive. If we know that the antecedent is a group of women, we use earum. Otherwise, we use eorum.

When there is a compound subject and the possession only applies to one of the subjects, use eius. The subject of this verb is ?they,? and ?his? only refers to one part of the ?they.?

Scenario 1:These are pretty straightforward. a) Canis se spectat.The dog looks at himself.

b) Canis eum spectat.The dog looks at him.

a) Puella dicit se in urbe habitare.The girls says she lives in the city. [se = puella]

b) Puer dicit se in urbe habitare.The boy says he lives in the city. [se = puer]

c) dicunt se ad insulam navigare.They say that they are sailing to the island. [they = the subject of dicunt]

d) Puella dicit eam in urbe habitare.The girl says she lives in the city. [eam = someone who is not the puella]

In Latin literature, you will see the reflexive adjective (suus, a, um) and reflexive pronoun (? , sui, sibi, se, se) used to refer to nouns that are NOT the subject. In these cases, they are referring to the main person in the sentence, even if that person is not in the nominative case.

Scenario 1:Invitor a Catullo domum suam.I am invited by Catullus to his house.

Catullus is the main person in this sentence. Even though he is an ablative of agent, I can use suus, a, um to refer to him.

suus, a, um in the Nominative Case

When suus, a, um is in the nominative case, it is usually describing something that is the subject of a verb in a main clause. It is not generally in the main clause itself, unless it is referring to a noun that is the main idea of the sentence, but not the subject (e.g. a dative of possession).

suus is modifying mos, the subject of the sentence, but it is referring to cuique, a dative.

Scenario 2:Milites rogaverunt ubi suus dux dormiret. The soldiers asked where their leader was sleeping. [suus is referring back to milites]

Here, we have suus, a, um in the nominative case inside of a subordinate clause. So, it is referring back to the subject of a main verb in a different part of the sentence.

If you want to take an even deeper dive:

The Role of Antecedents of Latin Anaphors by Alessandra Bertocchi

Both of these resources mention the idea of empathy and reflexives used to refer to the noun with which the author identifies. 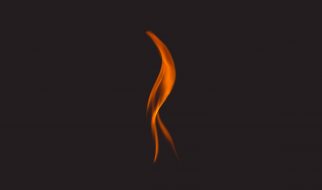