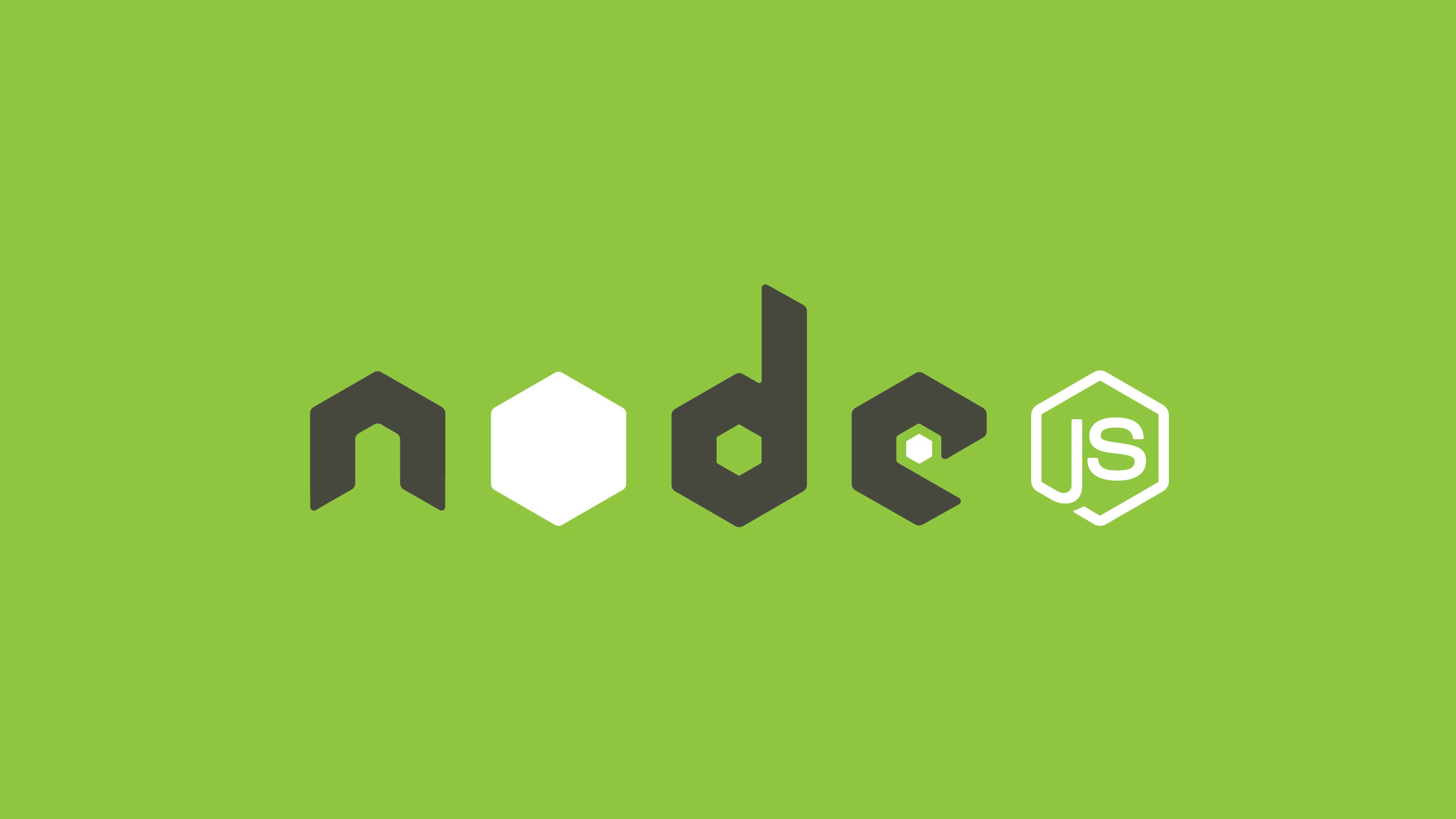 Node.js is a run-time JavaScript environment built on top of Chrome?s V8 engine. It uses an event-driven, non-blocking I/O model. It is lightweight and so efficient. Node.js has a package ecosystem called npm.

Node.js can be used to build different types of applications such as web application, real-time chat application, REST API server etc. However, it is mainly used to build network programs like web servers, similar to PHP, Java, or ASP.NET. Node.js was developed by Ryan Dahl in 2009.

Q2. What is Event-driven programming?

Event-driven programming is building our application based on and respond to events. When an event occurs, like click or keypress, we are running a callback function which is registered to the element for that event.

Q3. What is Event loop in Node.js work? And How does it work?

The Event loop handles all async callbacks. Node.js (or JavaScript) is a single-threaded, event-driven language. This means that we can attach listeners to events, and when a said event fires, the listener executes the callback we provided.

Whenever we are call setTimeout, http.get and fs.readFile, Node.js runs this operations and further continue to run other code without waiting for the output. When the operation is finished, it receives the output and runs our callback function.

So all the callback functions are queued in an loop, and will run one-by-one when the response has been received.

REPL means Read-Eval-Print-Loop. It is a virtual environment that comes with Node.js. We can quickly test our JavaScript code in the Node.js REPL environment.

To launch the REPL in Node.js, just open the command prompt and type node. It will change the prompt to > in Windows and MAC.

Q5. What is the purpose of module.exports in Node.js?

A module encapsulates related code into a single unit of code. This can be interpreted as moving all related functions into a file. Imagine that we created a file called greetings.js and it contains the following two functions:

In the above code, module.exports exposes two functions to the outer world. We can import them in another file as follow:

Q6. What is the difference between Asynchronous and Non-blocking?

The term Non-Blocking is widely used with IO. For example non-blocking read/write calls return with whatever they can do and expect caller to execute the call again. Read will wait until it has some data and put calling thread to sleep.

Q7. What is Tracing in Node.js?

Tracing provides a mechanism to collect tracing information generated by V8, Node core and userspace code in a log file. Tracing can be enabled by passing the –trace-events-enabled flag when starting a Node.js application.

The set of categories for which traces are recorded can be specified using the –trace-event-categories flag followed by a list of comma separated category names. By default the node and v8 categories are enabled.

Running Node.js with tracing enabled will produce log files that can be opened in the chrome://tracing tab of Chrome.

Q8. How will you debug an application in Node.js?

Node.js includes a debugging utility called debugger. To enable it start the Node.js with the debug argument followed by the path to the script to debug.

Inserting the statement debugger; into the source code of a script will enable a breakpoint at that position in the code:

Q9. Difference between setImmediate() vs setTimeout()

setImmediate() and setTimeout() are similar, but behave in different ways depending on when they are called.

The order in which the timers are executed will vary depending on the context in which they are called. If both are called from within the main module, then timing will be bound by the performance of the process.

Q11. What is package.json? What is it used for?

Some of the fields are: name, name, description, author and dependencies.

libuv is a multi-platform support library with a focus on asynchronous I/O. It was primarily developed for use by Node.js, but it?s also used by Luvit, Julia, pyuv, and others.

When the node.js project began in 2009 as a JavaScript environment decoupled from the browser, it is using Google?s V8 and Marc Lehmann?s libev, node.js combined a model of I/O ? evented ? with a language that was well suited to the style of programming; due to the way it had been shaped by browsers. As node.js grew in popularity, it was important to make it work on Windows, but libev ran only on Unix. libuv was an abstraction around libev or IOCP depending on the platform, providing users an API based on libev. In the node-v0.9.0 version of libuv libev was removed.

Some of the features of libuv are:

Q13. What are some of the most popular modules of Node.js?

There are many most popular, most starred or most downloaded modules in Node.js. Some of them are:

Q14. What is EventEmitter in Node.js?

All objects that emit events are instances of the EventEmitter class. These objects expose an eventEmitter.on() function that allows one or more functions to be attached to named events emitted by the object.

When the EventEmitter object emits an event, all of the functions attached to that specific event are called synchronously.

Streams are pipes that let you easily read data from a source and pipe it to a destination. Simply put, a stream is nothing but an EventEmitter and implements some specials methods. Depending on the methods implemented, a stream becomes Readable, Writable, or Duplex (both readable and writable).

For example, if we want to read data from a file, the best way to do it from a stream is to listen to data event and attach a callback. When a chunk of data is available, the readable stream emits a data event and your callback executes. Take a look at the following snippet:

Types of streams are: Readable, Writable, Duplex and Transform.

Q16. What is the difference between readFile vs createReadStream in Node.js?

readFile ? is for asynchronously reads the entire contents of a file. It will read the file completely into memory before making it available to the User. readFileSync is synchronous version of readFile.

createReadStream ? It will read the file in chunks of the default size 64 kb which is specified before hand.

Q17. What is crypto in Node.js? How do you cipher the secured information in Node.js?

The Timers module in Node.js contains functions that execute code after a set period of time. Timers do not need to be imported via require(), since all the methods are available globally to emulate the browser JavaScript API.

The Node.js API provides several ways of scheduling code to execute at some point after the present moment. The functions below may seem familiar, since they are available in most browsers, but Node.js actually provides its own implementation of these methods.

The most commonly used functions in DNS module are:

Q20. What is a Callback function in Node.js?

Node.js, being an asynchronous platform, doesn?t wait around for things like file I/O to finish ? Node.js uses callbacks. A callback is a function called at the completion of a given task; this prevents any blocking, and allows other code to be run in the meantime.

Callbacks are the foundation of Node.js. Callbacks give us an interface with which to say, ?and when you?re done doing that, do all this.? This allows us to have as many IO operations as our OS can handle happening at the same time. For example, in a web server with hundreds or thousands of pending requests with multiple blocking queries, performing the blocking queries asynchronously gives you the ability to be able to continue working and not just sit still and wait until the blocking operations come back.

Q21. What are the security mechanisms available in Node.js?

We can secure our Node.js application in the following ways:

Error Handling ? Usually, the error message contains the explanation of what?s actually gone wrong for the user to understand the reason. At the same time, when the error is related to the application code syntax, it can be set to display the entire log content on the frontend. For an experienced hacker, the log content can reveal a lot of sensitive internal information about the application code structure and tools used within the software.

Node.js Security Tools and Best Practices ? We can use tools like helmet (protects our application by setting HTTP headers), csurf (validates tokens in incoming requests and rejects the invalid ones), node rate limiter (controls the rate of repeated requests. This function can protect you from brute force attacks) and cors (enables cross-origin resource sharing).

Q22. What is the passport in Node.js?

Passport.js is a simple, unobtrusive Node.js authentication middleware for Node.js. Passport.js can be dropped into any Express.js-based web application.

Passport recognizes that each application has unique authentication requirements. Authentication mechanisms, known as strategies, are packaged as individual modules. Applications can choose which strategies to employ, without creating unnecessary dependencies.

By default, if authentication fails, Passport will respond with a 401 Unauthorized status, and any additional route handlers will not be invoked. If authentication succeeds, the next handler will be invoked and the req.user property will be set to the authenticated user.

This app gives you wide range of interview questions and answers in 13 most wanted web development technologies. The?

or visit our blog: