Home
/
News
/
What is the Thunderbolt Cable and What Is It Used for?

It supports the following Mac models: MacBook Air, MacBook Pro, Mac Pro, Mac mini. The price of Thunderbolt Cable is from $29 to $39. It has two kinds of length: 0.5 meters and 2 meters. You can choose one based on your needs. Thunderbolt 3 is a hardware interface developed by Intel. Computer ports with Thunderbolt 3 provide 40Gbps Thunderbolt ? double the speed of the previous generation, USB 3.1 10Gbps, and DisplayPort 1.2. For the first time, one computer port connects to Thunderbolt devices, every display, and billions of USB devices.

A single cable now provides four times the data and twice the video bandwidth of any other cable, while also supplying up to 100W of power. It?s unrivaled for new uses, such as 4K videos, single-cable docks with charging, external graphics, and built-in 10 GbE networking. Use this cable to connect your Mac to a display that uses Thunderbolt 3 (USB-C) or USB-C for videos, such as the LG UltraFine 5K Display or LG UltraFine 4K Display. It supports DisplayPort High Bit Rate 3 (HBR3) video output.

This cable also connects to Thunderbolt 3 (USB-C) or USB-C devices for charging your Mac notebook computer or other devices. It delivers a maximum of 100W power to any connected device. In June 2011, the first two-meter Thunderbolt cable from Apple cost $49. As an active cable, it contains circuitry in its connectors.

In June 2012, Apple began selling a Thunderbolt-to-gigabit Ethernet adaptor cable for $29. In the third quarter of 2012, other manufacturers started providing cables of varying lengths up to the maximum supported length of three meters, while some storage-enclosure builders began including a Thunderbolt cable with their devices.

Originally published at https://www.minitool.com on January 3, 2020. 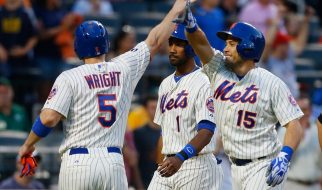