My family of 5 sold our 5,000 square foot home and bought a tiny house of 230 square feet with the dream of traveling for the last year all 5 of us would be together. Our oldest would be going to go off to college, and we planned a year of tiny togetherness to mark the end of this era.

We had researched tiny houses for years. We had seen all the tiny house shows. Pinterest boards of tiny houses, gypsy vardo wagons, and even playhouses inspired us to design a tiny paradise for our big family. If we were going to sell our giant house and go tiny, we agreed as a family that getting everything luxury we wanted in a tiny house was the best way forward. We found a builder, Tiny Heirloom, that was a self-described luxury builder of tiny houses. We loved the modern tiny house they featured on their site. We took the plunge and ordered our dream tiny house.

In a freak coincidence, the Tiny Heirloom team invited us to shortcut to the front of the year-long waiting list if we agreed to be featured in a TV show about tiny houses. We agreed, knowing that a year was too long to wait given the age of our oldest daughter. We needed someplace to live of course, and in this last year of her high school, we planned to visit every national park in the country. We would follow the weather and explore America.

The nightmare didn?t begin until the tiny house was delivered. We paid $117,000 for the house, flew several times to Portland to see it, toured the finished version (while being filmed) and talked through some minor design details with the team over the phone during the months it was being built. It was ? and is ? beautiful. Modern, 3 bedrooms, copper sink, window wall, stunning tiny house.

Unfortunately for us, it has been over 8 months and we have yet to sleep one night in the house.

The house was over 5,000 pounds overweight and came in at a whopping 19,000 pounds. Given the weight, we discovered that it was built on the wrong kind of frame; it should have been a 5th wheel trailer frame. As a result, the tongue weight ? which I learned is the weight that rests on the hitch- was over 5,000 pounds by itself. It was too heavy to be pulled by the truck that we ordered (based on the advice of the Heirloom team.) The dealer recommended a semi-truck or a giant beast called a Hot Shot, rather than a regular Dodge Ram as we planned.

The hitch broke when it was being delivered. The bottom of the tiny house was peeling off. The list goes on- suffice it to say, we did not stay in the tiny house that night.

As it turns out, we still haven?t stayed even one night in that tiny house.

We called the builder assuming that we would be able to easily work out a solution. We were even brainstorming about just finding land to put the house on and giving up the part of the dream about traveling- we were willing to work with them to get the repairs handled under the warranty that was contracted.

Conversations with the builder quickly deteriorated. Our home was already sold. We are now living in my mother?s house. We had planned to be on the road by now- instead we were in a tiny home nightmare. $117,000 of our money was tied up in a home that was too heavy to move and is falling apart. It is not the home we dreamed up? it is a beautiful and expensive paperweight.

We wondered why the driver didn?t also give us the title to the trailer. That question was answered when the Tiny Heirloom team sent us an invoice for almost $25,000 for additional expenses. We had never agreed to anything like that. We phoned them and tried valiantly to work out something with them. Our tiny home couldn?t be moved by a regular truck safely, the giant surprise bill for a house we can?t live in, the broken pieces and peeling underside, and our heartbreak over not living our traveling national park dream year didn?t phase the Heirloom team one bit. All we wanted at that point was the title and to never speak to them again. We were willing to figure out the rest on our own. They refused to back down from this imaginary balance due, and soon we received a letter threatening us with collections. After that, it was collections and letters from attorneys.

In retrospect, I never should have purchased a tiny house from people who don?t live in tiny houses.

I resisted telling this story until now because I felt ashamed. It was my passion that showed my family what would be possible in living tiny. It was my dream to show them the wonders of this great country we live in. It was my vision of this future they trusted enough to sell our family home and take a chance on a wild and extraordinary idea.

My dreams are shattered and broken, my disappointment thick. Our time to travel with my daughter has passed. The losses we feel extend far beyond just the inconvenience of not having a house and losing a huge sum of money. We will never get this year back again. Children are only children for such a short time.

It wasn?t until someone from the tiny home community reached out to me asking about my experience of the Tiny Heirloom team that I realized the implications of staying silent. My tiny home community is small and spread out. It is a new community, still forming and finding its identity. We tend to be long on trust and short on skepticism. We are dreamers, chance-takers. We are making big life changes in an industry that is just getting started, with a dream that is fragile and vital for our happiness. I realized that my loyalty to my tiny home community urges me to share my experience in the hope that someone else can learn from my misfortune.

The greatest hope that I have is that my tiny home community will be safe and happy in their beautiful tiny homes, and the Tiny Heirloom team learns to run an ethical business. I hope that the grief that my family has experienced this year will not be repeated on the landscape of someone else?s dreams. 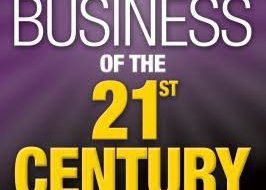