Have you ever heard that when Jesus returns, he?ll rule the nations with a rod of iron?

It comes from Revelation 2:26, which is a direct translation of Psalm 2:9, in the rusty King James language. The NIV translates the Revelation verse as ?iron scepter? but keeps ?rod of iron? in the Psalm (with a footnote suggesting ?iron scepter?). But let?s address how people tend to use this verse, or at least the type of domineering, dictatorial rule that seems to be suggested by the phrase, ?rod of iron.?

What image comes to mind? If you?re like me, a picture of muscly Rambo-Jesus crushing rebellion with a heavy fist is somehow the first picture that pops up. Funny. But not so funny. Because it?s not true. I?ll explain in a minute.

Sometimes, sorting through images we?ve picked up along the way, of God or Jesus or whatever, even if they were images we got from reading the Bible, are kind of like the old box in our closet that is full of our kids? refrigerator artwork. They were cute approximations when we conceived them, but they can become bad habits if we don?t keep progressing in our drawing skills. (I still draw human figures like a ten-year old).

If we don?t keep critiquing and correcting and improving our pictures of God, then we?re stuck in some immature framework for understanding the Divine, the world and his kingdom. Old pictures may be cute. But they can also be dangerous if left unchecked.

Now refrigerator art isn?t going to kill anyone. But misunderstanding God might. It has actually. Millions and millions of times throughout history. Religious wars between sects of Christianity have taken countless lives, not to mention wars between Christianinty and other religions.

Now, what about Rambo-Jesus with the iron fist? ?Er, I mean ?rod of iron??

First, let?s ask a question, what were common symbols of military might in Bible times? Scripture records mentions of chariots, horses, swords, bows and arrows, armies, spears, ramparts, sieges, and other common weapons and tactics of war. What about a ?rod of iron?? If you showed up on the day of battle and your neighbor said, ?I?m glad you?re here. Hey, where?s your sword?? and then you said, ?No worries, I have this trusty rod of iron here. I?m really going to crush my enemies with this bad boy,? your friend (if he was your friend) would say, ?Are you out of your mind? Quick, go to the smithy and get that thing hammered into something you can fight with.? Ok. So if a rod of iron isn?t a symbol of military dominance, then what is it? What was a rod of iron used for in those days? I?ll tell you. A rod of iron was a shepherd?s tool. Not a soldier?s. Not a generalissimo?s. Not an angry king who comes to slam the hammer down on all his disobedient children. A shepherd. A gentle, intentional, protective, caring, always-thinking-about-how-to-feed-and-water-his-sheep shepherd.

Is there any Scriptural support for this? Yes. And not an obscure passage either. It is one of the most famous, most often quoted passages in the Bible:

?The Lord is my shepherd, I lack nothing.

He makes me lie down in green pastures,

he leads me beside quiet waters,

he refreshes my soul.

He guides me along the right paths

Even though I walk

through the darkest valley,

I will fear no evil,

for you are with me;

your rod and your staff, Shepherd with his sheep

A shepherd?s staff was used to guide his sheep. His rod (of iron) was used to protect the sheep from wolves or other predators. Under the shepherd?s tender care and fierce protection, the sheep feel comfort and confidence. This is the metaphor. Jesus will rule the nations with a rod,?like a shepherd?

Giving rest to the nations.

Warding off wolves from the nations.

This is the gospel. This is the same good news that Paul preached. The nations are not the enemies of God. They are the beloved of God and are included in the provision of his Son?s sacrifice.

Ok. Wait a sec. Hold the phone. You just read Psalm chapter 2 and it really sounds like the angry God whose going to spank everyone with a long metal stick. What are you trying to pull over on us here, Garrett?

Let?s start with the ?rod of iron? verse. Starting in verse 8, it says,?Ask me, and I will make the nations your inheritance, the ends of the earth your possession. You will break them with a rod of iron; you will dash them to pieces like pottery? (Psalm 2:8,9, NIV). Try not to read these verses as a child who is constantly afraid of his dad?s temper, and try instead to read them with God?s heart of empowering the disenfranchised against oppressive rule.

Not ?destroy.? But rather ?break apart? or ?splinter into smaller pieces.? That?s the image given. A large, unified pot, getting broken up into small bits and pieces. Why is this important? Because since the dawn of time, humankind?s unchecked ego will always try to ?rule them all? ? to build larger empires and more powerful armies. The Kingdom of Jesus will always topple oppressive systems, leading to more and more people empowered with responsibility and freedom to choose their own destinies.

The beginning of Psalm 2 sets the context of who the Lord is warning here: ?Why do the nations conspire and the peoples plot in vain? The kings of the earth rise up and the rulers band together against the Lord and against his anointed?? (Psalm 2:1,2, NIV)

If you have spent your life energy building an empire, a system, a religion, or anything that is designed to oppress or limit the freedoms of large groups of people, you have every reason to be afraid. Be very afraid. Because this is something that angers God. He has declared his commitment to break apart your glass castle. He is firmly set on blowing down your house of cards. For your own benefit and everyone else?s, too. ?Therefore, you kings, be wise; be warned, you rulers of the earth. Serve the Lord with fear and celebrate his rule with trembling. Kiss his son, or he will be angry and your way will lead to your destruction, for his wrath [against your evil empire] can flare up in a moment. Blessed are all who take refuge in him.? (Psalm 2:10?12, NIV)

The gospel is good news?ridiculously fantastic news?for everyone who isn?t an oppressive ruler of a regime. And it?s even good news for them, too (but not for their regime). Because we can all rest from outside oppression and begin the hard but rewarding work of self-rule. Regimes will always come down. The oppressed will be set free. Hallelujah! 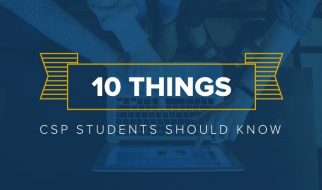