Photo by kyo azuma on Unsplash

I hated school and every subject that didn?t include lunch, gym or recess.

My two least favorite were reading and writing. I couldn?t understand why people loved books so much. I couldn?t fathom reading for fun because to me it was torture.

Writing was even worse. Anything over a paragraph was cruel and unusual punishment. Who would want to cramp their wrist writing a never ending wall of text about a dull subject they could care less about? Certainly not me.

It was only after all that schooling that I discovered that I didn?t hate learning, in fact I loved it. What I hated was school. I hated school because I loved to learn. I loved to be curious, to think critically and solve problems.

However school didn?t encourage any of this. In fact it stripped these things away from me. Instead I had to be curious outside of school. I had to think critically on my own and solve my dilemmas all by myself.

But who?s going to teach the future generations to do the same? Who?s going to encourage them to be curious, think critically and solve problems? The schools?

No way. If we want students to learn and if we want them to lead lives they are proud of we have can?t leave it up to the schools. We have to encourage them to learn outside the classroom. We have to give them a real education. Photo by Ehud Neuhaus on Unsplash

There isn?t much difference between schools and factories.

Their structures are very similar; show up every day, get to your stations, do the work or you will be expelled.

Students are taught to be the same as everyone else. They aren?t expected to be different because school has shown them that they all are the same. The only reason they have uniforms is to make it easier for them to fit-in and obey the rules.

Every student must obey the status quo. They must do the work the way it?s supposed to be done. They aren?t allowed to make mistakes, they have to be perfect. Those that rebel, those that fail, are forced out and told they won?t make it far in life because they weren?t good at obeying the status quo.

But not being good at school isn?t something we should be fearful of. Yet we are because we still believe that to be successful you need to take the right courses, pay the expensive tuition because that means you?re at a better school and stick your neck out a job fairs so a recruiter will hopefully hire you.

What you get in return for your tuition is a promised dream job buried under student debt. What you are being rewarded with for your hard earned American dollars is a piece of paper that says ?I?m good at school? not ?I?m a leader, a creative, a linchpin?.

FOOLproof Teaching, A Sure Way To Teach Photo by Tra Nguyen on Unsplash

I?ve only had a few good teachers in all my years of school. The rest were your standard instructors programmed to follow the rules and teach by the book.

In every school, grade level, and classroom I?ve had teachers bent on following instructions. They were adamant about going by the syllabus, meeting deadlines and going through chapter sections according to schedule.

They never took the time to teach. Instead they urged us to regurgitate, ordered us to sit down, told us better not fail, and handed out standardized tests that measured nothing but how good we were at school.

I can?t blame the teachers for doing they?re job, they have to earn a living just like everyone else. However, when the job entails developing the next generation into future leaders how can that be done if all they are being taught was to fit-in and follow the standards?

No one has ever done or made anything remarkable by assimilating to the status quo.

We didn?t orbit space because we obeyed the laws of physics, Albert Einstein didn?t become a famous physicist because he let his learning disability handicap him and Thomas Edison didn?t create over 1,000 patents because he listened to his teachers who said he was ?too stupid to learn anything?.

You can?t turn a child into an innovative adult by the time he?s 21 if all he every did was fit-in. Students can?t learn to be great this way. They can?t be expected to make waves in the real world if all their life they were evaluated by how well they met the standard specs.

To turn that kid into the next Richard Branson, Walt Disney or Stephen King you can?t teach him by the book.

For that child to be successful, he has to be taught to avoid the status quo, think creatively and be ok with failure.

We need to stop pressuring kids to be perfect, to not make mistakes, and dream but not too wild. If we teach our kids avoid status quo, to be different, to learn from their mistakes, and dream audaciously then maybe they will become success stories.

What we need are teachers who going to go against the book and teach what they kids need to learn not what the system says they should. We need teachers who are going to go beyond the classroom. 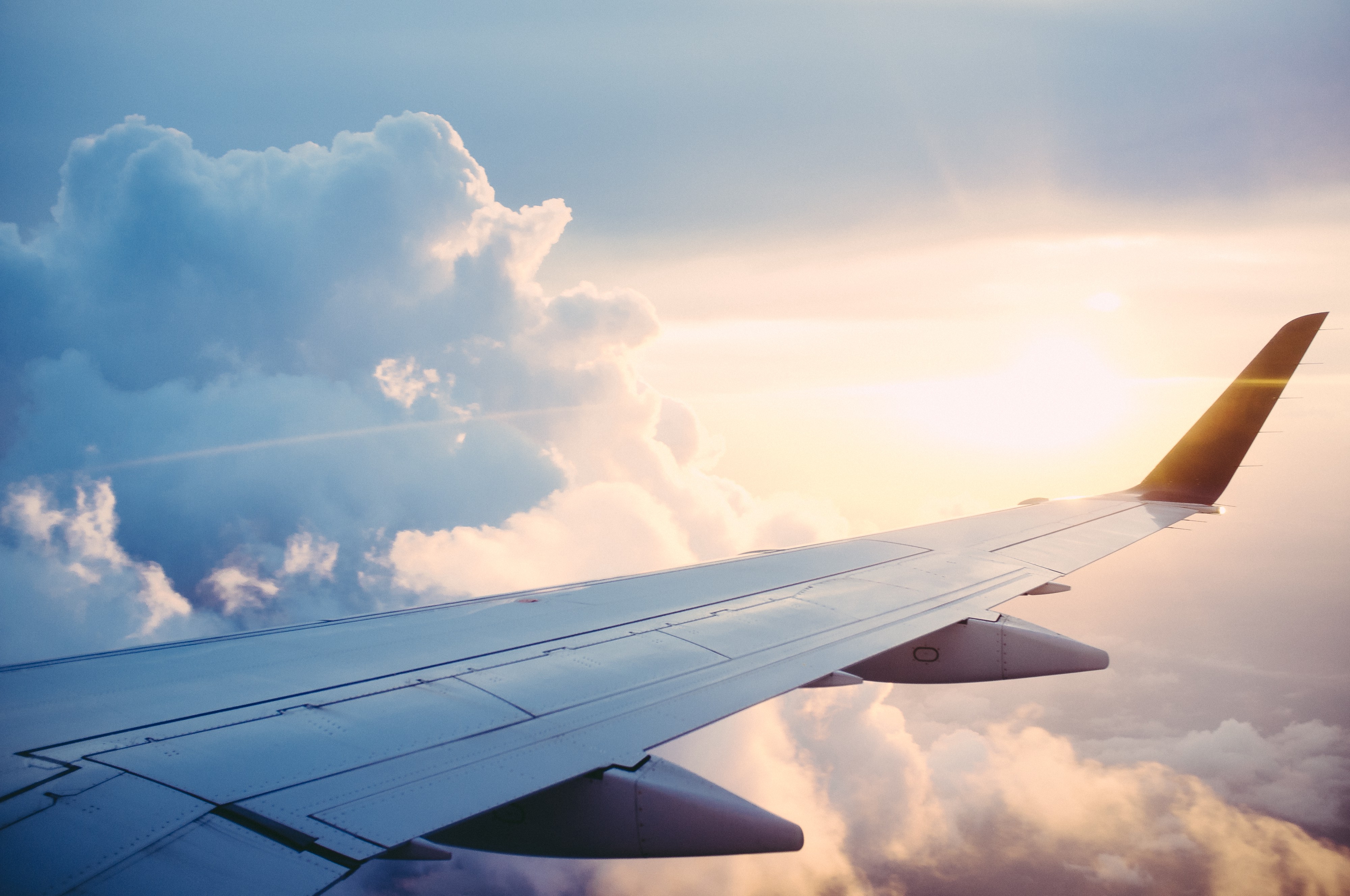 Photo by Ross Parmly on Unsplash

The only way you will know that you really learned something is based on how well you can teach it to someone else.

How many of you if I asked could teach an algebra class right now? Probably not many.

All of you reading this have taken at least one algebra class. Some of you have even went on to take algebra II, geometry, trigonometry and even calculus all of which are much harder than basic algebra.

The reason you can?t teach algebra is because you never learned it. The information your teacher gave you and the notes you took during your 9th grade algebra class never sunk in.

You didn?t care about algebra, all you cared about was passing the class so you can move on the next math requirement.

A real education happens when you are active. Real learning begins when students are hands-on, engaging with the information they are taking and fearlessly putting into practice what they have digested.

Give a student a textbook on Italy and a notepad for three months and by they end of the third month test him on the contents of the book.

Send another to Italy for three months, have him explore various cities, take captivating pictures and share amazing experiences with the people there and at the end of the three months ask him what he?s learned.

Six months later ask those same kids what they?ve learned about Italy and they only one that will remember is the kid who went to Italy, ventured to different cities and shared exciting experiences with the people there.

We only learn when the teaching is active, when we have experiences, engage and enjoy. We can?t learn by being talked at, we have to be active in our learning enjoying the process as we go along.

What are teachers getting paid to do? Teach? Because if so, not too many of them are doing a great job at it. And I can?t blame the teachers they?re simply doing what they?ve been trained to do; go by the book.

The blame goes to the school systems that year after year strip our kids of the innate ability to think creatively, to be curious, think critically and solve problems.

If we really want to educate our children then we will hire real teachers that do real teaching.

What is real teaching?

Real teaching is when students are taught useful information like how to make money and make that money work for them not the other way around.

Students need to learn how to have healthy relationships, how to work together as a couple and raise a child.

Instead of giving powerpoints presentations, they should be learning real communication skills like how to give constructive criticism, listen, remember names, and make other people feel important. That?s real communication.

Second real teaching requires that we teach students how to find their passion. So many kids don?t know what they?re passionate about because they were never taught how to find it.

Most kids I talk to love to play video games, sports, or draw. Yet no one is encouraging them to join E Sports or spend time with them in the gym to become a D1 athlete or handing them a pencil and pad to further their creative endeavors.

Instead kids are told video games rot their brain, they have a one in a million shot at going pro and that if they pursue art they?ll be starving.

What I tell my mentees is something totally opposite.

?Figure out what you love to do then figure out a way to make a living doing it?.

Whatever they choose to do for work they they will be doing it everyday until we reach 65 which is a long time to be working a dead-end job.

So many of you are working a job you never wanted for a boss you despise alongside coworkers you hate. We can?t let this happen to our kids. We have to teach them to find their passion.

Leaving it up to the schools to do it isn?t an option. If we really want our children to learn we will do the real teaching. We will work one-on-one with students and be the mentors they need. We will dedicate the hours necessary to teach them outside of the classroom.

School has suppressed the creativity and imagination of early generations and it?s our job to make sure that doesn?t happen to our future.

When schools stop becoming factories that train our kids to fit-in, to be repetitive, to do useless work and instead build curriculums where students learn actively then real learning will take place.

When teachers stop insisting that students regurgitate, follow the rules, don?t fail and instead teach what is usefu and help students find their passion then real teaching will take place.

If we really want students to learn we have to teach them outside the classroom, we can?t leave it up to the schools. For students to get a real education they have to learn by engaging with the material, accumulating experiences and putting what is being taught into practice.

To get a real education we have to teach students how to find what it is they really want and show them how to get it.

If we want better education for our children we can?t leave it up to better schools and better teachers. Because the learning doesn?t happen in the classroom it happens outside of it.