This first decision will define your productivity and effectiveness as you code. Before you even start learning Web Development, one must choose and download the code editor of your choice.

This part right here is crucial ? your journey, your learning curve is at stake. This will be the tool that you will be using as you start to write your code, and there are various code editors for you to choose from.

For those who have started coding 10+ years ago, the most used platform was Notepad++, and other code editors followed after were TextWrangler, BBEdit, Coda, Sublime Text, VSCode, TextMate, Atom, UltraEdit, Vim, Brackets and CoffeeCup HTML Editor.

In Modern Technology, the choices have been narrowed down into few namely, Sublime Text, Atom, VSCode, Vim, Brackets.

As you study along, you will find different teachers or instructors who preferred to use different text editor, it doesn?t matter if you follow them and use the same editor, or choose your own, what matters is you are comfortable with your chosen text editor. Choose whatever makes you more productive because it will help you become a better programmer.

Atom was started by Github?s genius developers, but now owned by Microsoft, the good thing about Atom is it?s free, it?s open-source and also highly customizable, the best part about atom is its Teletype feature, which allows several/multiple developers to work on the same project, on the same code, from every part of the world, on different location.

Atom can be used on 3 Operation System (OS), Windows, Mac, and Linux, so whatever platform you have Atom is available.

And here?s a quick video on how to setup atom: You can download and set up Vim using this resource: https://www.vim.org/download.php

Here?s an additional resource if you want to read more about Vim:

Getting Started with Vim: An Interactive Guide

Command line editors can be a scary thing to learn and use for beginners, and Vim is probably the scariest of them all?

Here?s a good introductory course for the basics for you to start and learn the fundamentals of Vim. 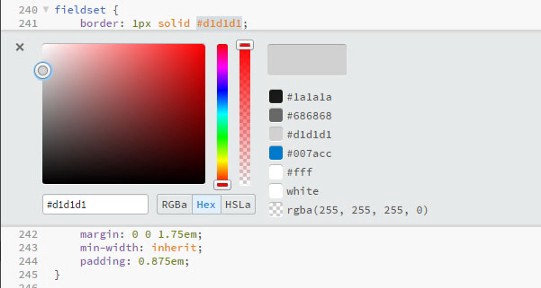 Here?s a quick video in setting up Brackets: Many developers still chose to use Sublime Text, because if its speed, simplicity as well as the keyboard shortcuts that is very useful when working on different scripting languages, such as Javascript.

Here?s an introductory video to start and set up your Sublime Text:

One of the advantages of using VSCode is its ability to integrate with Git, it?s easy and fast, another thing is its ability to integrate on different teams remotely, several developers can work on the same project, or even the same code by using this tool/extension: Visual Studio Live Share helps several developers to work together more efficiently, compared to Sublime Text and Atom.

With so many different stack and technology, even choosing the programming editor has become more daunting and overwhelming, let me give you some tip and save yourself some time, it?s not just about the tools, in sports, it?s not about having the best shoes or having the most expensive soccer shoes, or for photographers, it?s not always about who owns the most expensive camera that gets the most beautiful shot, at the end of the day, it is always about who uses it, how you use it, and if you even use it.

I was a huge fan of Sublime Text, I started Web Development using Sublime but when VSCode came up and took the heart of every developer not just because of its nicely-look Interface but also because of its thousands of extensions or tools to choose that makes coding more efficient, easier, and more powerful, me myself was drawn to it.

The most popular and also my recommendation would be VSCode, I?ve been using it for years.

Thank you for reading! Feel free to read my other blogs for more free tutorials and tools for all Developers! Enjoy?