Home
/
News
/
Plex vs. Emby vs. Jellyfin — which is the best option? 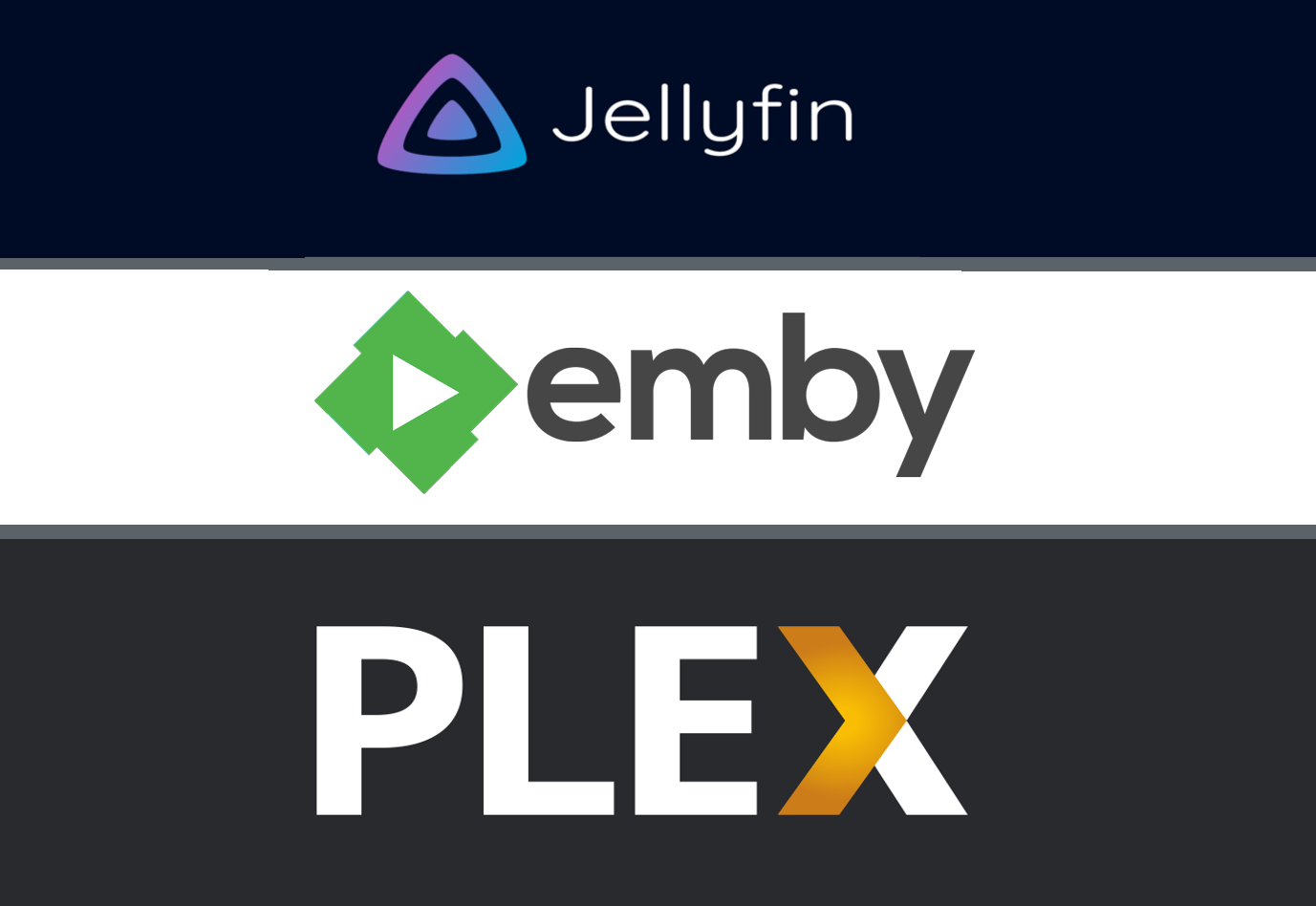 These are the three main competitors in the home media market. You have most likely heard of Plex and Emby ? Jellyfin is a new contender gaining popularity.

Here is a definition of each service from their websites:

Plex gives you one place to find and access all the media that matters to you. From personal media on your own server, to podcasts, web shows, and news, to streaming music, you can enjoy it all in one app, on any device.

Your personal media on any deviceBringing all of your home videos, music, and photos together into one place has never been easier. Your personal Emby Server automatically converts and streams your media on-the-fly to play on any device.

Jellyfin is the Free Software Media System that puts you in control of managing and streaming your media. There are no strings attached, no premium licenses or features, and no hidden agendas.

If you look closely, there is a big detail in Jellyfin?s description. Jellyfin explicitly states that there are ?no strings attached, no premium licenses or features, and no hidden agendas.? This will be important for later.

There isn?t much need to do a comparison of features, all of them have very similar functions.

Here is a look at the U.I for all of them: To be honest, Plex is the most appealing. Though the battle is one-versus-one. Jellyfin and Emby are the same software, with very notable differences.

Even though Jellyfin seems like an amazing option ? it is still relatively new. If you want to stick to Emby and Plex you should take a look at their premium packages.

Their premium packages are labelled Emby Premiere and Plex Pass. They have similar price points on their websites:

It seems that Emby is actually more expensive for 1 year, but the same price for the other options. Here are the features: The full ?feature matrix? of Emby is available here. I think that while Plex and Emby offer great services, Jellyfin is vastly superior. Features that you would have to pay for on Plex and Emby come free with Jellyfin.

Jellyfin also looks fantastic. It is still in development, but it covers a lot of mobile apps. Fire T.V, WebOS, Android, etc. Jellyfin also has an amazing community on Reddit, their Forum, and a Matrix channel for IRC.

If you are looking for a free option, I would really recommend Jellyfin. If you have the spare money, Plex is also a good option.

The developers of Emby are constantly changing their business model, which is a big shock to the community every time. It?s not very constant and it?s hard to predict where Emby will go next.

Jellyfin is the winner in my book, I trust that they will stay open source and free forever. If you are really struggling to switch from Plex or Emby, just try Jellyfin out.

Take your home videos, music, and photos with you wherever you go, even offline with Emby Mobile Sync. Emby mobile apps?

Your favorite movies, TV, music, web shows, podcasts, and more, all streamed to your favorite screens. Get?