Home
/
News
/
Here Are 5 Of The Most Innovative Space Startups Photo by SpaceX on Unsplash

With the COVID-19 situation occurring worldwide, many are focusing on keeping locked down and safe inside. The last thing you may think of is anything around traveling, especially specifically, space travel.

However, for the last few years, space tech has made huge advancements.

From sending 3D printers to the International Space Station to more innovative approaches to satellite communication, we?ve made advancements into space tech more than ever before.

Arguably leading this charge has been the involvement of venture capital funds within the industry.

SpaceX is an example of a company that proved (although Elon did a lot his own money initially) you don?t need to be NASA or a government space body to not only successfully commercialize space aircraft but make them reusable through external funding.

This has raised awareness for many newer space tech startups, especially increasing their access to capital which otherwise, would have never allowed some of their innovation to ever exist in the first place.

Let?s take a look at some of these startups. Focusing specifically around aerospace manufacturing, Relativity Space is looking to disrupt this industry by creating an entirely new process in building and flying rockets.

This involves creating the world?s largest metal 3D printer to 3D print their rockets and launch satellites into space, as seen in the picture above.

?We?re building the future of humanity space,? he says. ?Everyone is on board with this vision of 3-D printing on Mars.? ? Ellis (co-founder of Relativity Space)

Having raised a fresh $140 million for their Series D in 2019 has helped fund and build out their ?Stargate Factory?, which will be a semi-autonomous production facility to help build out their first rocket, Terran 1 and house their 3D printers.

According to Relativity Space, using their tech, they can help slash the time to develop a rocket from design to launch by up to two years. This means manufacturing can be done in 60 days for vehicles with a payload of 1250 kilograms (around 2755 pounds).

Their ultimate goal is not only launching their first rocket but also the grand plan of actually printing and launching rockets from Mars.

Founded in August 2010, this company focuses on offering commercial lunar transportation and exploration. The goal was to eventually create a pathway for frequent access to the Moon for science, research, and even potentially mining.

The company was also a competitor in the Google Lunar X Prize. This prize was focused on awarding a team $30 million to be the first to help land a robotic spacecraft on the Moon and then provide data back to Earth by a deadline (March 31st, 2018).

The competition ultimately resulted in no actual winning competitors, which made MoonExpress pivot to focus on joining the Commercial Lunar Payload Services program of NASA.

?The goal of the [NASA program] is to have multiple vendors that the government can turn to to get payloads to the lunar surface and that has been what Moon Express has been working toward for quite a few years,? said Dale Ketcham, vice president of government and external relations at Space Florida.

Ultimately, Moon Express hopes to send its R2-D2-like spacecraft to the Moon by mid-2020. 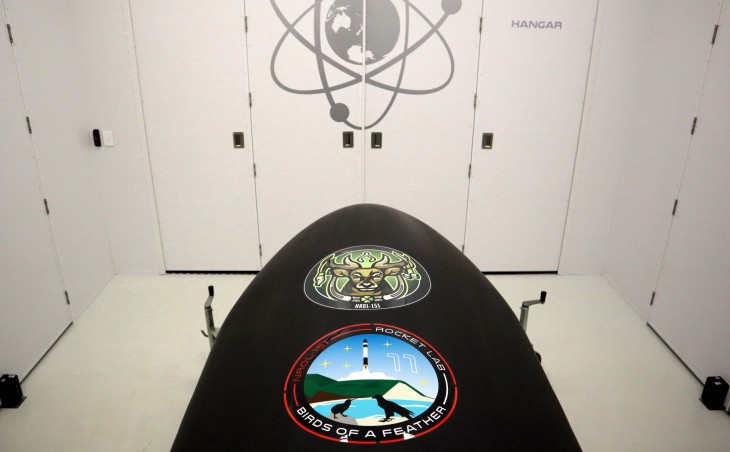 Founded in 2006 in New Zealand by Peter Beck, the company has now since moved its HQ to California. The company focuses on providing reliable and frequent access for companies, students, scientists, and such to get their ideas into space with its launch vehicles such as its ?Electron Rocket?.

Having done its 11th commercial flight overall, it recently launched its first payload for 2020 earlier this year from New Zealand to orbit. It has also launched 48 satellites to space, focusing on delivering smaller satellites to low Earth orbit.

Rocket Labs claims to become the first private company in the Southern Hemisphere to reach space since its November 2009 launch. Although the payload was not recovered, this was still a momentous achievement. If you think about old antennas, they were these metal ones that you had to go up and reconfigure yourself, and if the signal wasn?t clear, you would have to move them around physically.

To put it simply, those antennas were designed for radio waves that were cm or meters in length. These materials are now meant to respond to visible light of tiny wavelengths around 400 to 700 nanometers (1cm = 10 million nanometers), by changing the micro or macrostructure of a single material or multiple ones.

Through this new tech, Kymeta is helping develop antennas that can help lock and steer the beam towards the satellite rather than typically reflecting microwaves.

Although all of this is confusing (it took me a while to understand what they were doing!), it?s important to note that Kymeta is the first to commercialize meta-material based products successfully.

This opens up the potential to help create the new generation of lightweight satellite antennas, which can result in a variety of things including cheaper launches and new frequencies.

Leveraging a non-toxic, ionic liquid propellant and postage stamp-size thrusters (yes, it?s that small), they focus on bringing electric propulsion for small satellites than other options like gas-related systems. Founded by two MIT engineers, Accion is looking to do many launches in 2020 and 2021 having just raised their Series B in Feb this year.

Accion was recently one of fourteen companies selected by NASA for its partnerships to work within NASA?s Jet Propulsion Laboratory. This project is to help replace the cold gas propulsion system with the more efficient electrospray system that Accion Systems is known for.

Having received $3.9 million for this project, the launch is anticipated to be in 2021.