From generation-defining to sales dud

Frank West thinks about whether Dead Rising has a future. Xbox screenshot by Alex Rowe.

It?s a phenomenal zombie action open world franchise, with a design that was a bit ahead of market norms. Dead Rising is a large-scale single-player-centric open world game. It casts you as a man of action surrounded by the undead. You have just your wits, a pile of weapons made from everyday objects, and your ever-growing skill tree at your disposal.

Most of the games also make wonderful use of time, unlike nearly every other game set in a large world. Time is always ticking along, and the story advances whether you make it to where you?re supposed to be or you don?t. Challenging bosses with weird backstories, a quirky sense of humor, and the thrill of trying new weapons propel you through the multiple playthroughs required to see everything.

Dead Rising 4 mixed things up a little bit. It still features stalwart off-and-on-again protagonist Frank West, a cynical journalist who is really good at killing zombies. He?s older in Dead Rising 4, and more snarky, and now voiced by film and TV actor Ty Olsson. He brings some good energy to the role, even though the change of casting was considered a mistake by some.

The biggest design change to Dead Rising 4 was the heavy reduction of the time mechanic. Again, I love the time limit in Dead Rising. I linked an entire article I wrote about it earlier in this piece. It gives the games a desperate panic-inducing feel that helps immerse you in the experience of surviving a zombie outbreak. It also reminds me of old FMV games that relied on a clock, like Night Trap. However, I don?t think the removal of time limits broke the most recent installment. Instead, Dead Rising 4 shifted its focus and difficulty over to the robust combat system. The health bar drops a little faster in the fourth entry, and you?ve got to master all of the different moves to get through the hardest encounters. Although better weapons still help, it?s not as easy to just grab the best gear and spam the attack button.

Time still passes in the game when you complete important story events, and the story is reasonably well-told, with a sudden bummer ending just like all the other entries in the series. It?s a Christmas-tinged tale, telling the story of a zombie outbreak in fictional Willamette, Colorado, the same town plagued in the original game. Zombies show up in town on Black Friday, in a story that has echoes of the first Division. It appears at first glance to be a standalone story, but has plenty of nods to the previous entries for faithful fans.

The visuals in Dead Rising 4 still hold up three years after release, but my secret favorite component of its presentation is the audio design. The environments of the mall and the surrounding town teem with life and ambiance. The mall resonates with fake announcements, jazzy original renditions of Christmas standards, and proper environmental echoes and occlusion of zombie groans. The first time you spill out of the mall into the surrounding town, the openness of the audio sells the size of the world instantly.

Dead Rising 4 was pitched as a ?Christmas Game,? but it uses that more as a thematic dressing than as the core of the story. If you think you?d enjoy hearing haunting renditions of Christmas carols while you bash zombies with an electrified wreath, you?ll have a great time here. Unfortunately, in spite of okay reviews, a healthy amount of content, competent visuals, and fun deep combat?Dead Rising 4?s lackluster market performance killed both the franchise and the studio that made it.

Dead Rising launched Capcom?s seminal MT Framework engine on the Xbox 360 alongside Lost Planet back in 2006, setting the visual bar for ?next generation? video games. It helped defined a new generation of open world design, it quickly sold over a million copies, and the engine would power Capcom?s games for years to come.

For the sequel, Capcom transitioned work from internal development to a baseball game studio in Vancouver, Canada named Blue Castle, which they would later buy and rename Capcom Vancouver. It seemed like a huge and baffling gamble at the time. However, the studio delivered a Dead Rising 2 that was shockingly like the original in spite of utilizing its own brand new bespoke technology.

The game launched on multiple platforms, and as a result sold twice what its predecessor had at launch, moving over 2 million units during its initial sales window. That was enough money for Capcom to fund a quick annual followup of the game called Dead Rising 2: Off the Record, featuring the original game?s protagonist Frank West, alongside new voice acting and visual assets. It?s a fascinating thing, and a tale for another time. I couldn?t have guessed that Dead Rising 2 would represent the height of the franchise?s market popularity. Dead Rising 2: Case Zero Xbox screenshot, taken by Alex Rowe.

2013?s Dead Rising 3 was my favorite Xbox One launch game, and it?s still one of the best console exclusives of this generation. Microsoft poured big money into the franchise, buying a stake in Capcom Vancouver and banking on Dead Rising as an Xbox platform cornerstone.

The game took flack on initial release for its occasional frame rate issues, but it was still visually impressive. It amped up every aspect of Dead Rising. The world exploded in size, the physics modeling reached new heights, the lighting was much more realistic, and the game could now render hundreds of zombie enemies all with unique animations and behaviors thanks to the new hardware. The time mechanic was toned down a little to help new players ease into the game. It sold over 1 million units in its first month, hitting 2 million in its launch window, and eventually released on PC.

And then in late 2016, Dead Rising 4 came out, launching as an Xbox One and PC timed exclusive. It sold just under a million copies, less than half of what Capcom expected. After a year of being trapped on PC and Xbox One thanks to Microsoft?s investment, the game also came to PS4 under the misguided title of Dead Rising 4: Frank?s Big Package. It included all the DLC, including the epilogue story Frank Rising which featured timed missions, but it continued to under-perform expectations. Capcom Vancouver was unceremoniously shut down in 2018, and both of their ongoing projects were cancelled. Capcom had already poured $40 million dollars into Dead Rising 5 and an un-announced second open world video game, both running on their Vancouver studio?s in-house technology.

The Dead Rising franchise slammed to a halt after the release of a competent entry and halfway through development of a new sequel. Dead Rising 4 launched as an exclusive at a low time for the Xbox One brand, and without the hype of being a launch title. It didn?t retain the core time mechanic of the series, but it?s still packed with solid content and got a 72 on Metacritic.

You might have noticed from the sales numbers above that the series was never a breakout hit. The entire franchise has sold 13 million copies in the last thirteen years. Large games regularly aim to sell more than 5 million copies in today?s market, and GTA V recently passed an astronomical 110 million copy sell through.

Dead Rising 4 would have been lucky to hit its 2 million copy initial target, considering that?d be a match for the more-anticipated Dead Rising 3. It may have had an easier time without the platform exclusivity. In spite of its general level of quality and die-hard core gamer fan base, the franchise never really reached a massive mainstream audience.

It was fascinating and weirdly frustrating this year to watch the similarly-reviewed and themed PS4 exclusive Days Gone burn up the sales charts on the back of Sony?s excellent marketing. It hit the mainstream market that Dead Rising never quite reached. Days Gone?s performance is the latest proof that the mainstream gaming audience will still buy zombie games, and it really helps if you hype them up. Dead Rising always struggled to break out of its niche.

That average sales performance was fine for Capcom until the moment it suddenly wasn?t. We?ll probably never truly know why they dumped $40 million dollars into two new post-Dead Rising 4 projects before suddenly killing them. Maybe they wanted to shoot for a higher, less realistic sales target and realized it would take a huge marketing spend? Maybe development at Capcom Vancouver wasn?t going that well? Maybe Capcom?s in-house development of Devil May Cry 5 and other projects demanded higher budgets? Or maybe it was just a case where ?solid? was no longer good enough. With the right push, Dead Rising could and should have been a top tier franchise. The visuals, that key first pillar of mainstream gaming success, are still wonderful. I think even the older Dead Rising 3 holds up today, to say nothing of the more recent game. The action gameplay is heavy and satisfying in a way that Dark Souls/Sekiro fans would probably appreciate, and the tone is a delightful combo of super serious and super goofy that I think more games could stand to learn from. The clever designs of the open worlds and their tightly-integrated missions are still slightly outside the norm for this sort of game, making even the first entry fascinating to revisit.

Fortunately, right before Dead Rising 4 came out, Capcom invested a little money to bring solid conversions of the older games forward to current platforms so they aren?t stuck in last gen purgatory. Unfortunately, Dead Rising 3 never made it to PS4, so if you want to replay the whole franchise on modern hardware you?ll need an Xbox One or a PC.

I wish the original games were on Switch. It?s a figurative crime that Devil May Cry 2 is available on Switch, but Dead Rising isn?t.

The games receive regular discounts, and are good enough that I imagine they?ll continue to quietly sell units during every big digital sale. Perhaps some day those numbers will cross a line on an invisible graph inside Capcom, and a franchise reboot will be quietly green lit. Maybe it?ll even use the assets from that lost sequel that?s sitting on a shelf.

Dead Rising was always at the cutting edge of gaming technology and open world level design. The games all contain vast worlds that feature both macro and micro detail. Their environments are full of interactive physics objects you can use as weapons, and hundreds of zombie enemies that all animate independently. Capcom Vancouver?s toolset deserves to see some use again.

I?d love to see a new Final Fight on the Dead Rising engine. From the arcade machine Easter eggs included in Dead Rising 4, it seems like someone at Capcom Vancouver was probably thinking about that, too. Capcom?s current lineup is full of hits, and they probably won?t return to Dead Rising without repackaging it as a combination of random loot and overt nostalgia. The original game and its successive followups hearken back to a time when Capcom was pushing games in new directions, instead of just making highly polished but ultimately safe video games in established franchises and genres.

I?m not saying that the Resident Evil 2 and 3 remakes, Resident Evil 7, Monster Hunter World, and Devil May Cry 5 are bad video games, but rather that they don?t have quite the same delightful spark of weirdness as Dead Rising did. 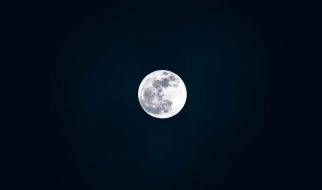