Who the fluff is Blippi??

Chances are, if you have kids of a certain age, they know Blippi ? and they love him. Angela Cuming, one of Blippi?s adult fans, went on a hunt to discover what makes the ice cream loving, stupid hat wearing, US Air Force veteran tick. It?s 3am on the children?s ward at Waikato Hospital and my son Henry can?t sleep. His fractured elbow hurts and he?s sobbing as I count down the hours to his surgery. He?s 30 months old, too little for grown up reassurances that everything will be okay, so I pull out my iPhone and, there in the lonely darkness, we begin to watch his favourite YouTube show. The tears stop. And the giggles begin.

The night nurse on her rounds walks in, looks at the screen and smiles. ??Oh Blippi! I love him. Any time I see a child on this ward, they all watch Blippi, especially at night time if they can?t sleep or they are missing their parents. He?s like their special friend or something.?? HENRY BEING TAUGHT THE CLASSICS BY BLIPPI.

If you don?t have young children there?s every chance you have never heard of Blippi, but the video superstar is a hero to millions of children the world over with his fun videos and catchy songs racking up more than three billion views on YouTube alone.

And now, the former US Air Force Serviceman is set to become a household name with a potential Netflix show smartphone app and a live show in the works. So exactly who is Blippi, and why do kids ? including mine ? love him so much?

Blippi, real name Stevin John, is 30 and lives in Las Vegas. He has a girlfriend but no children of his own ? ?maybe down the road I will?? ? but he does have a dog. It?s hard for me to concentrate on the Facetime interview as my three little boys are in the next room, watching Blippi on the iPad, but happily John is everything you would want your child?s hero to be in real life: funny and kind and engaging and the type of person who uses the word ?anyhoo? without a trace of irony. In short, he?s just like Blippi.

And Blippi is keeping John busy. When I speak to him he?s just returned from India, where?s he been working on a special Blippi project he can?t tell me about. ??But it?s gonna be great!?

John originally made the Blippi videos all by himself but now employs a whole team to keep up with demand for his catchy videos about tractors and garbage trucks, playgrounds and police cars. STEVIN AND HIS NEPHEWS

Before becoming Blippi, John was on quite a different career path. After graduating high school in 2006 he joined the military.

??I wanted to be a fighter pilot, but I soon started to realise the military wasn?t for me. I was young, I was away from my family, and I started to realise that war is a real thing and it?s not just fun and games and flying planes and you actually have to do stuff that is crazy.??

After leaving the Air Force he moved to Los Angeles and began shooting television commercials. ?My other idea was maybe I was going to be a director or something.?

Over the next five years John honed his filming and editing skills and then one single, life-changing event happened: he became an uncle.

?My sister had a baby, a boy, and he really became the whole inspiration for Blippi,? John says. ?When he was two years old I noticed my sister was using YouTube because it was free, but I started to see there just wasn?t any good quality children?s content on there.

?There was nothing that my nephew could form a connection with. There was nothing with tractors or diggers or animals. I just thought that maybe I could make a show that ties in education with all these super cool things that kids love.??

And so Blippi was born. John?s mum sewed Blippi?s trademarked orange and blue costume ? he still wears the original hat she made him ? and the first video was published in January 2014.

And while Blippi?s first few videos only got a small number of hits, John kept going and pretty soon they were racking up hundreds of thousands of views.

?Good content was the key for YouTube and Blippi?s success,? John says. ?Watching Blippi become part of children?s lives and so in turn in became a part of their families? lives. Blippi is continuing to grow because these children really love Blippi, and now their parents are talking about it and spreading the love.??

So why do kids love Blippi so much?

?I don?t know!,? John says, laughing. ?But I have thought about this a lot. And all I can say is that I am doing this for the right reasons.

?I believe that children are super smart and they have good intuition. I think they can tell that Blippi is genuine and I have fun doing what I do. That?s one huge thing I have that big companies just can?t hire an actor to do.??

Speaking to John it?s clear he?s not just paying lip service to how much he loves children ? in fact he?s really just a big kid himself.

On the day I spoke to him he had just finished filming a new video, one where Blippi explains to his littlest fans what the word ?crush? means.

?So I crushed a soda can, I crushed a watermelon and then?? ? John?s eyes light up ? ?I got to crush a car with an excavator. So yeah, this morning was fun!?

I tell Blippi I am worried. One of my sons? favourite video?s is Blippi?s ?sink or float?, where he takes household objects and toys and drops them into a tank full of water, inspiring several flooded bathrooms and kitchens in my own home.

?Really? That?s so funny, sorry!? John says, his eyes gleaming at the thought. STEVIN AND HIS NEPHEW HUNTER.

It?s a very Blippi-like reaction. What sets Blippi aside from other children?s entertainers is the absence of any sort of wink and nod over the kids? heads to mum or dad watching at home with them.

When he?s given a tour of a police car he immediately grabs the road spikes and emergency flare gun. Blippi?s given the keys to a steamroller so he flattens a Halloween pumpkin.

So is John really just living every child?s wildest daydreams?

Pretty much. ?Blippi to me is a heightened energy, a different version of me, but as a child. Whenever I am thinking about what videos I should make, what Blippi should do, I think about what I would have wanted to do when I was a child. And I always, always, want children to feel like Blippi is their friend.?

Blippi?s videos aren?t just fun; John goes to great lengths to make them educational as well. Like his childhood hero Mr Rogers, he films lots of excursions to places like zoos and science musuems, farms and factories, and teaches children about everything from conservation and climate change to how car engines work.

There are some things we won?t film, though. Anything religious or political is strictly off limits, and he stays clear of guns. ?I won?t even do super soakers,? John says. ?I want parents to know Blippi is a safe place for their children.? 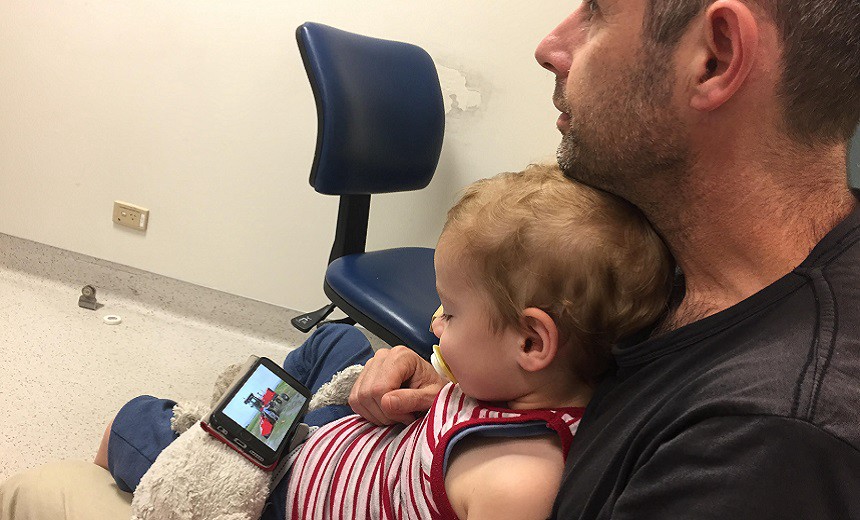 So, what next for Blippi?

John says there is a smartphone app and live show in the works, and he is in talks with Netflix for a regular Blippi show. There?s always new merchandise being developed too, the latest being a Blippi bendable figure.

I am reluctantly wrapping up the interview with John when I mention that my eldest, Charlie, is the biggest Blippi fan in New Zealand.

He asks me a few questions about Charlie, what he likes, and I assume it?s out of politeness.

A few days later an email message to Charlie arrives, and it?s from Blippi, and Blippi is telling Charlie that he likes diggers and tractors too and that they must be best friends because they like the same things. Charlie?s face just about breaks my heart.

?You see mama,? Charlie says, ?Blippi is real and I am never lonely because he is always my friend.?

Children, hey? They can always spot a fake, but Blippi, well he isn?t one.