Being a streamer means living in a very chaotic environment which is constantly changing. Hundreds of new careers begin and end every day on Twitch and other platforms.

While some content creators have a smart approach to their work and grow, some tend to make mistakes and that?s what we will discuss today.

The cause of most streamers? failures is that they don?t understand what it means to be a streamer.

We, at DeStream, collect the most interesting information for our audience on the Internet, and have prepared an article for you in which we will tell 5 stories about content-creators whose careers have been derailed because of the stupid mistakes. The first streamer on our list is Kneecoleslaw ? real name Nicole. In 2017, girl got banned on Twitch for a short amount of time. The reason was her bright yellow pants, or to be more precise, the fact that she didn?t put on any underwear under them.

However, the provocative look wasn?t the reason for Nicole to lose audience. In general, Twitch has a tradition for banning female-streamers on for wearing too frivolous clothes. You can surprise nobody with such a ?common? thing. But Nicole managed to surprise her fans in another way? not only surprise, but also piss them off badly.

During one of the regular broadcasts, Nicole decided to give a hug to one of her pet cats. By saying ?give a hug? I mean she started strangling the animal directly in front of her viewers.

In addition, after fans began to strongly condemn Nicole for such behavior, she started arguing with them on Twitter. The streamer?s point was that those are her cats, and she can do whatever she wants with them.

It?s not surprising that after this she almost lost her entire audience. Nicole?s case once again proves how important it is to realize that after you turn on the online broadcast, your personal life practically jumps to the public domain. Compliance with the norms of behavior accepted in society is crucial if you decide to become a media personality.

It?s a miracle!? wait a minute? what? Everytime when you hear about deception on the Internet, you are waiting to hear something about an interesting cheating scheme or something like that, but not this time.

This is a short story about a stupid guy that tried to get dividends, causing false compassion by childish methods.

Let?s admit that pretending to be disabled can be quite effective for a streamer?s wallet. Imagine a guy sitting in a wheelchair playing games and telling stories during the stream. Quite touching, and nobody can prove whether he doesn?t really feel his legs.

So did the streamer under the nickname ?ZilianOP?. The guy was streaming in a wheelchair until one ill-fated day.

That day Zilian was playing with his friends and his girlfriend. After a couple of game-failures the streamer was so upset that he just stood up and left. Stood up and left, Carl! The funniest moment was when his girlfriend started to tell a made-up story about her dog to distract the audience, but obviously no one cared.

Dropmic. As I said, the narrative was short and the cheater was stupid. There is no moral in this story. Just don?t be like ZilianOP. Douyu ? a Chinese analogue of Twitch that has its own atmosphere and, of course, streamers.

?Her highness Qiao Biluo? ? a streamer that had more than 100,000 followers on Douyu and was considered as a ?cute goddess with a sweet and healing voice? by China?s Global Times. The girl had some viewers that have donated her even more than 100,000 yuan ($14,500).

On July 25, 2019, a very unpleasant incident happened. Qiao Biluo was streaming with another Chinese streamer Qingzi when the program putting filters on her face stopped working. Due to the malfunction, everyone saw the real ?cute goddess?. Qiao appeared to be a middle-age woman? just a little bit older than viewers have imagined.

People, especially men, started to leave her VIP access room (which they were paying for) en masse.

Of course, after revealing her real identity, Qiao was no longer so popular. A lot of viewers cancelled all their transactions after the fatal malfunction of the filters. But to be honest, it would be quite fair if these people didn?t get their money back.

They had the opportunity to learn a good lesson: never pay money and give gifts to people without verifying their identity? especially in the Internet.

Not all Hitlers have a moustache. A story similar to the first one. This narrative also has a girl that was banned after demonstration of her body?s restricted areas. But LegendaryLea, just like Nicole, didn?t lose her audience because of the Twitch ban.

This time things got really creepy.

In 2016, during one of her streams, Lea May provoked hatred of her audience by revealing her thoughts about incurable diseases. During her drunk talk, she said she honestly believes that all kids with cancer are meant to die. The girl even added that there is no need to try to save them since fate has long decided everything for them.

Due to skimpy outfits, Lea?s career is still alive and kicking, but her reputation has fallen swiftly into the abyss after such a confession. A perfect reminder about the dangers of alcohol. If you are a media-person and have a bad drunk side, it would be better for you to not go in public in that state. Golden rule of the Internet: always be careful with your personal data and money. Schemers are everywhere and will not hesitate to resort to anything to get your hard-earned means. These people are cunning, and they are careful and meticulous in drawing up their every scam. Surprisingly, this story is not about such schemers.

Mithprod ? an inhabitant of Twitch, who fooled anyone he could. He regularly deceived people by borrowing their in-game currency, then magically being kicked-off and in the end pretending to be scammed by hackers.

Rule of thumb: if something goes missing on the Internet, the hackers are to blame. Mithprod did exactly the same on April 29, 2015, when was caught scamming.

Someone might think that people who are well versed in Internet scams have figured out Mithprod?s crook business, or control services have disclosed him after a meticulous investigation, but no?the guy just left his chat open, where he was texting his accomplice.

Pause on 1:20 and look above the ?Mithprod strikes again? red inscription in the lower part of the screen.

Lies have short legs, and streaming is no exception. The reason is not the fact that idiots leave chats with accomplices open, but the fundamental difference between streamers and scammers. Being a streamer means being a media-person. On the contrary, being a scammer means being hidden in the shadows of fake accounts and behind-the-curtain intrigues.

The moral of this story was to convey to you the idea of ??this discrepancy. Don?t forget about it.

So, this was the list of 5 streamers that lost almost their entire audience because of their stupid mistakes.

And finally, let me remind you that we are DeStream ? an emotional donation platform providing new experiences and eliminating borders between viewers and content creators.

We blur the boundaries between the screen life and reality, and If you?re an online content creator or wish to become one, we have great tools to ease your job and help you become unique and attractive. For more information visit our website: www.destream.net 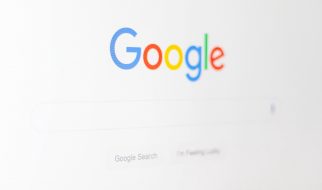