Home
/
News
/
The Single-Player’s Guide to Anthem: What You Need to Know Before Playing Solo Crush those bugs, you sexy loner!

Electronic Arts and BioWare have bet big on Anthem, their multiplayer-focused online shooter. So far, the reviews haven?t been kind, but if you?re like me that whole ?multiplayer? thing was already a red flag.

I love BioWare, but I hate playing games with other people. I don?t think that I?m alone, either. If you?re here, you probably have the same questions I did: mainly, can you play Anthem solo?

As it turns out, yes and no.

Can I play Anthem by myself?

Most of Anthem?s main campaign can be soloed. In fact, if you care about Anthem?s story, playing by your lonesome is practically required. Anthem conveys key plot details via radio chatter during missions. If you?re playing with friends on headsets, you risk talking over crucial story beats. When you?re adventuring with strangers, unpredictable loading times mean that you might miss key pieces of dialogue. For story-hounds, solo play is the only way to go.

However, about a third of the way through, Anthem forces you to complete a checklist of menial tasks in ?Freeplay? mode. Here?s the catch: Freeplay is a multiplayer-only affair. If you want to complete the campaign, you?re going to have to spend some time with other people.

Thankfully, Freeplay lives up to its name. For the most part, you can ignore the three other people roaming the map with you (one challenge asks you to revive three fallen Javelins, but you can handle that by rescuing NPCs in preceding story missions ? you?ll know when the time comes, so make sure you?re ready). Anthem doesn?t have any player-versus-player combat, either. If you do run into another person, they can?t hurt you in any way.

While you?re doing missions alone, you?ll won?t forget that Anthem was designed for four-person teams. While Anthem has a few different mission types ? sometimes you need to gather pieces of old artifacts, while at others you?ll be protecting transmitters and scanners from attack, and so on ? they all revolve around managing large waves of enemies. With others, this is trivial. By yourself, completing objectives can become very slow and repetitive. Playing solo, a boss fight against a Titan can last 20 minutes or more, easy.

Even worse, certain foes can only be hurt if they?re shot from behind, and it?s really hard to flank enemies when you?re the only person they have to focus on. Titans, Anthem?s hulking boss-like creatures, are even worse. They have tons of health and can only be damaged at certain times. Taking a Titan down solo is a real grind. It?s not hard, exactly. It?s just tedious. Expect a one-on-one Titan battle to take at least 20 minutes.

If I play Anthem alone, what will I miss?

If you really want to avoid other people, you won?t spend much time in Freeplay, which means you?ll miss out on Freeplay events and will (probably) have to buy some crafting materials at some point during the campaign.

As a solo player, you won?t be able to participate in Stronghold missions ? i.e. Anthem?s take on Destiny?s raids ? at all. Strongholds contain the best gear and dole out the most experience, but they require four people. They?re not critical to the story, though. You can skip them.

How can I play Anthem missions by myself?

On the mission select screen, there should be an option to change your privacy settings (on PC, you can open the menu by hitting ?P?). Set your match to private and you?re all set, even if Anthem will pester you about playing alone every time that you launch a new Expedition. If you select a mode that requires multiplayer ? i.e. Freeplay or a Stronghold missions ? Anthem will warn you before the mission begins.

How scary is Anthem?s multiplayer? Anthem?s social space, the Hangar, which is worthless and which you?ll never see.

Here?s the good news: playing Anthem with other people isn?t that bad. During missions, everything is clearly marked and your goals are straightforward. You don?t really need to communicate with other people. Freeplay doesn?t force team-ups, players can?t hurt each other, and everyone gets loot, so you?re not competing with other players, either. It?s all low-stress and collaborative, and you?ll be fine if you leave your microphone turned off.

I haven?t played any Strongholds and I?ve only dabbled with the Grandmaster difficulties, however. Those might require more coordination between players. I don?t know.

Which type of Javelin is best for solo play?

Anthem has four different types of Javelin to choose from: the balanced Ranger, the slow but powerful Colossus, the speedy Interceptor, and the Storm, which deals elemental damage from a distance. You?ll unlock all four during the main campaign, so your initial choice isn?t that important.

Personally, I like zooming around the battlefield and unleashing melee attacks, so I?ve spent the most time with the Interceptor, but from what I can tell all four Javelins are viable solo options. Your best choice depends more on how you like to play shooters than anything else. My bae, the Interceptor

I do recommend against selecting the Ranger as your first Javelin. It?s the most boring of the quartet by a long shot, and honestly, Anthem doesn?t make a great first impression, so do yourself a favor and start with something more interesting.

I play BioWare games for the story. Will I like Anthem?

Typically, the best part of a BioWare game is its cast of characters, not the combat ? that?s why we all love Mass Effect and Dragon Age and Knights of the Old Republic.

Anthem is different. Sure, Anthem is set up like a Mass Effect game ? instead of a spaceship you have a settlement called Fort Tarsis, but you?ll still spend your downtime between missions running around a hub talking to various NPCs ? but it doesn?t have the kind of deep, impactful storytelling that BioWare made its name on.

You can choose different options during dialogue sequences, but they don?t have any real bearing on the overall plot. The dialogue itself is fine, but the best characters are boring. The worst are flat-out annoying. Bastion is very pretty, but every location looks more or less the same. A bad guy, probably. Who cares?

Anthem is one of those games that?s full of randomly capitalized words ? Scars, Shapers, Dominion, Monitors, etc. ? that don?t mean what they usually mean, too, and lots of the definitions are hidden in your journal or not explained at all. The plot doesn?t reach a satisfying conclusion (I guess that?s been saved for DLC or a sequel). Honestly? It?s kind of a mess.

Any tips to make the solo experience easier?

Bafflingly, Anthem doesn?t explain most of its key systems, either. That includes combos, which you absolutely need at higher difficulties, especially if you?re playing alone (they also make the combat system a lot more interesting). Thankfully, the internet has your back. Fanbyte has a good primer, and Polygon?s guides aren?t bad, either. If you want to get the most out of Anthem, you?ll need to do your homework.

As a single-player experience, is Anthem worth it?

Anthem certainly isn?t worth $60, at least not yet, but that?s not because of the single-player experience. It?s just because Anthem is kind of, well, meh. There?s nothing here that other games don?t do better.

If you?re curious and have a gaming PC, however, fork over $15 for an Origin Access Premiere subscription. That?ll get you access to Anthem and a bunch of other games, so you can try Anthem before investing too much cash. Who knows? You might actually like it! Keep an eye on the gaming news, too. Anthem could get better with time ? Destiny and The Division both did ? so it might be worth checking out again in six months, or a year, or two.

If you do bite the bullet and want to play with a fellow multiplayer-a-phobe, my EA Origin handle is SkunkApeCG. Trust me, I am definitely worse at the game than you are. I promise.

Originally published at everygeek.net on February 27, 2019. 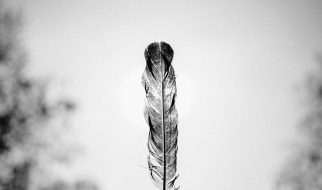